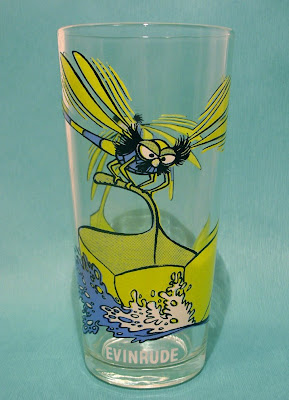 A friend of mine has a theory that whatever happened to you when you were eleven or twelve years old sticks with you forever. Everything that brought you joy at that wide-eyed age—be it a camping trip or a pair of pants—is guaranteed to provide you pangs of nostalgia for the rest of your life. Think about it for a second and you'll know it's true.

I was eleven in 1977. Which explains, for better or worse, why I melt into mush whenever I think of the Waltons, James at 15, or Shields & Yarnell.  I drew Jawas on my homework while the transistor radio demanded that I shake, shake, shake - shake my booty. The relentless grasp these fragments of pop-culture have on my heart strings remains more powerful than even Lindsay Wagner's bionic hearing.

"Jawa" by a very young me

Another thing that happened that most impressionable year: Walt Disney Productions released an animated film called The Rescuers. I was totally obsessed with it.  Just ask my beaten-down parents who lovingly endured trips to Pizza Hut seven weeks in a row for a Pepsi in a "take home" Rescuers glass. (I still have the whole set, and Pepsi does taste better when consumed from one.)

I could go on and on about The Rescuers, such as the time when my best friend Joey Dolbeer and I performed a Rescuers puppet show for our fifth grade class, or when I talked my brother into building a full-sized replica of Medusa's swamp mobile that you could actually ride in (pushed on rolling casters around the backyard.)

Best of all was Evinrude, the turtle-neck-sweatered dragonfly who pushes a leaf boat through the swampy waterways and, like me, was prone to asthma attacks. (It actually took years before I caught on to the joke of his name.) For my eleventh birthday, my mom made a cake in the shape of a tree stump with a tiny Evinrude perched on top, foil wings pressed into a blob of green frosting. 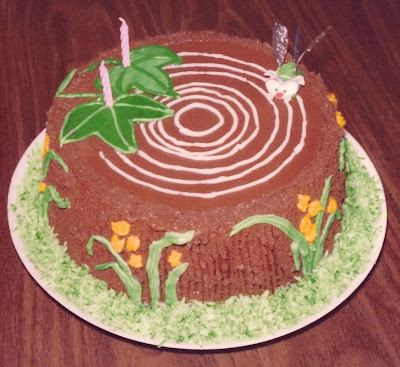 Years have passed, but I can still summon up alarming enthusiasm for Jawas, The Man From Atlantis, and Evinrude.

For instance, yesterday I celebrated another birthday (do the math and you'll find I'm now eleven several times over). My birthday cake, courtesy of Jody and The Alcove in Silverlake, had a faintly familiar thing going on...and I instantly fell into that dreamlike state. 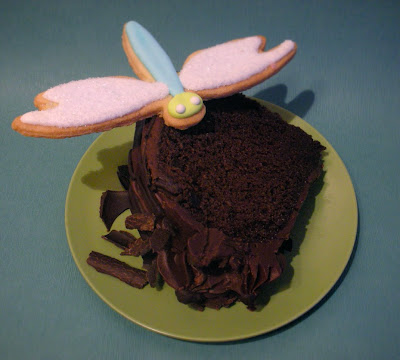 P.S. Terri Nunn of Berlin played his girlfriend in one episode.

Happy Birthday Kevin. And don't forget, its only a number.

holy cow - I have not seen that Evinrude glass in years--i used to drink from it all the time ( could I be wrong that they gave them out at Pizza Hut at the time?)

That 11-yr-old theory is a solid one. Happy birthday man.

I remember a Mazinger sticker album and an old glue, a Peanuts toy with charlie brown and snoopy on a skate
Thanks for share.

To atone for my glaring omission, I suggest that you try to score some Pepsi Throwback sweetened with for-real sugar...or Kosher-For-Passover Pepsi when it rolls around again. The combination of the ORIGINAL original formula and Ye Olde Evinrude Pizza Hut glass might prove the nostaligia hit we crave.

happy belated birthday! All this nostalgia overload is exactly why I melt into a puddle going through the antique shops in Old Town Orange. Everything that we had as kids has now become 'collectible' and I have this overwhelming urge to buy it all and reclaim my youth! (as if I'd ever grown up!)

Happy Birthday Kevin! Your blog is one of my very favorites. Hope your day was as special as you are!

Happy Birthday! What a lovely cake.

I was 5 that year and loved both Star Wars and the Rescuers. You don't see the Rescuers mentioned very often, so it was a real treat to read you post.

I know you are a Swiss Family Treehouse fan and thought of you when I read this article about Pixar's Pete Docter. http://tr.im/mIAI

Did you know he is building a giant (but not necessarily Swiss) treehouse in his backyard and that when he was a kid he built his own Enchanted Tiki Room? He seems like someone you should befriend!

The vision of your full size 'swamp mobile' will keep me smiling for days!

I am in complete agreement with you about age eleven being that magical year of your life, and also in agreement that all that stuff you hold dear up to that point stays with you. Not only that, but it really influences what you do.

I find my own work constantly infused, even indirectly, by all the stuff I loved as a kid.

Happy belated birthday to you, Kevin! I was twelve at that time and I loved The Rescuers and the ORIGINAL Star Wars. Remember, Space Mt. opened at DL that year too...I was obsessed with that. Oh, and I've always LOVED Lindsay Wagner....still miss her Ford commercials and I wish they would release the Bionic Woman on DVD!

Wow! When you mentioned the puppet show, I immediately flashbacked to my own attempts to get a Rescuers play off the ground at my grade school in Phoenix. I was in first grade and in way over my head--the project never got further than a few rehearsal meetings. I also formed a "Rescue Aid Society" club with half a dozen friends, boys and girls. What great memories you triggered!

Remember when James at 15 had sex? It was practically the end of the world.

My family went on lots of Minnesota fishing trips when I was a kid, and I was always pleased if our rental boat had an Evinrude motor, which shows how much of a Disney geek I already was.

Happy Birthday, Kevin! I *still* have a bunch of BC [the comic strip] glasses that were styled to look like melting ice... They were from Arby's; and while I might have been chronologically 17 at the time I got them, emotionally I was just another 11-year old kid.

Enjoy a bonus swig of Pepsi... hope your b-day was great!

Happy Birthday Kevin!
My daughter is eleven this year, I wonder what nostalgic things she'll pang for in years to come. (I'll save ALL her stuff just to be on the safe side).
Regards
P.

Kevin, I think we must be twins. I cherished that Evinrude Pizza Hut glass, and I grew up in Tempe, too! (cue Twilight Zone theme)

Oddly enough, I had a Pepsi Throwback last week and it brought back memories of downing Pepsis at Pizza Hut in those red pepply plastic glasses. Ahhh.

oh my word... i also was obsessed with the rescuers (albeit on video tape) and its sequel (which came out when I was in about the 5th grade)... that cake is cooler than cool!

You're absolutely right. What is it about eleven? I've held on to SO much of my past from that time. And what I didn't hold onto, I find myself buying back. LOL!

No pictures of the swamp mobile survived? What a shame. I was 5 when this film came out. Back then there wasn't the instant gratification of video and DVDs. I listened to the story record over and over. There are certainly better Disney movies out there but this is the one I associate with childhood the most. Thanks for posting.

Thanks for sharing this, Kevin!

I was 7 when Rescuers came out and was obsessed, too. That melancholy opening , even though its only depicted with chalk pastels, is a tear-jerker everytime.

It's neat when you find out others did the same thing as a kid like holding puppet shows with a record playing soundtrack, and making up rides.

I remember wanting to make a Rescuers dark ride in which guests would get into a leaf with an Evynrude character in the back and ride through the swamp.

(P.S. - The Man From Atlantis?! with Patrick Duffy? wow..flashback!)