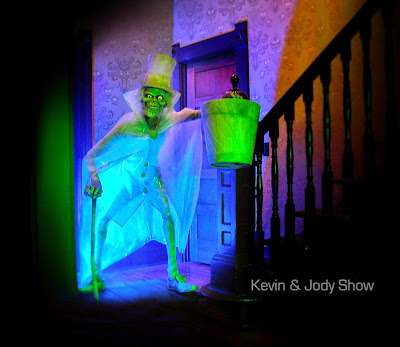 "The room they were in was an unfinished attic, and as they turned to run out the door, another ghostly manifestation appeared and blocked their way. He was a cloaked figure with an evil, grinning face. A hat box hung from his hand…"


In 2009, Jody and I fabricated a reincarnation of the original Disneyland 1969 Hatbox Ghost for the first D23 Expo in Anaheim.  The figure turned out pretty swell (if we do say so ourselves) and a short time later we were emailed by a well-known film director who at the time was writing a screenplay for an upcoming movie that, we believe, will make even the grimmest ghost grin.  In the blink of an eerie eye we were commissioned to build a second Hatbox Ghost, but this one slightly different from our first—more detailed and much more spooky.

We were inspired by the  famous publicity shot of Disney Imagineer Yale Gracey with the early mock-up of the ghost for the Disneyland attraction: 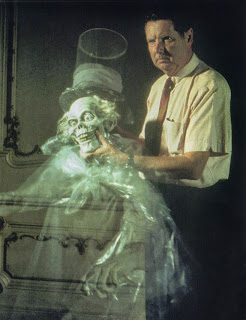 Gracey's early version had more facial "decay", frazzled hair, and irises in his eyes, unlike the final ghost that appeared briefly in the attraction.  We started with the head and went from there. 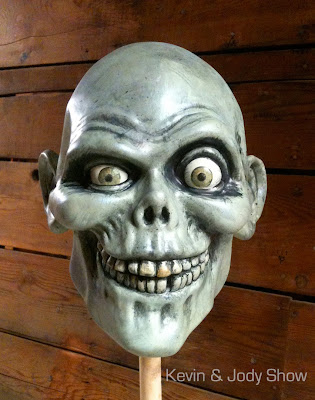 Working late at night in our studio became increasingly unsettling as this new visitor took shape. 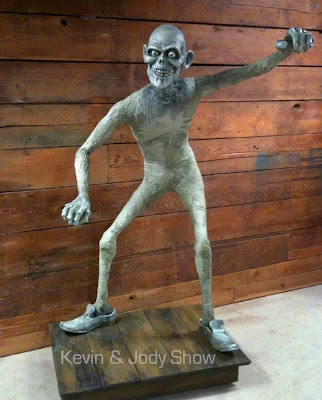 We sculpted his stick body over a steel armature and stitched together his daft disguise entirely by hand. 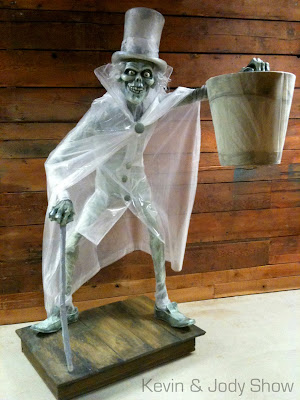 Lastly, a custom brass name plate for his base… 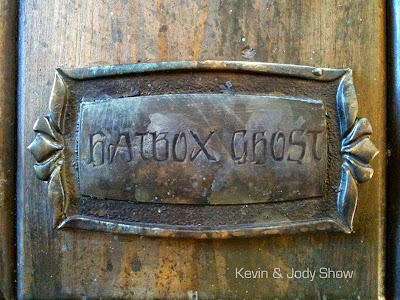 …and the finishing touch. 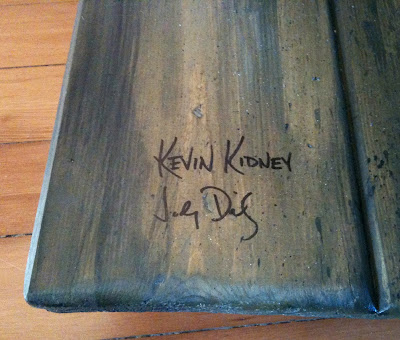 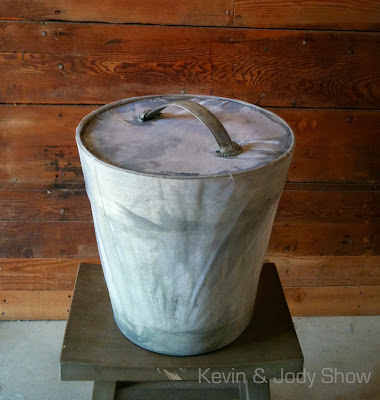 ------------------
What's next for old Hattie? We've heard rumors that his restless bones may soon re-etherialize in Disneyland's Haunted Mansion, just as the moon climbs high for the Park's 60th Anniversary.  Although Jody and I had nothing to do with his long-awaited comeback, we are very anxious to see what may soon materialize in that dark attic corner.  Aren't you?
Posted by Kevin Kidney at 8:57 PM 6 comments: