Just a stone's throw from Hollywood is Forest Lawn Memorial Park in Glendale. Final resting place for hundreds of celebrities from Walt Disney to Sammy Davis Jr., the sprawling cemetery is also home to "Henry", a thirty-one inch Moai head from Easter Island. Although the figure hasn't been authenticated, it was obtained in 1954 by park founder Dr. Hubert Eaton who affectionately named it after his friend Henry Wendt. On a trip to Easter Island, so the story goes, Wendt and Eaton received the head in a legal transaction between Rapanui fishermen who were using it as ballast for a boat. 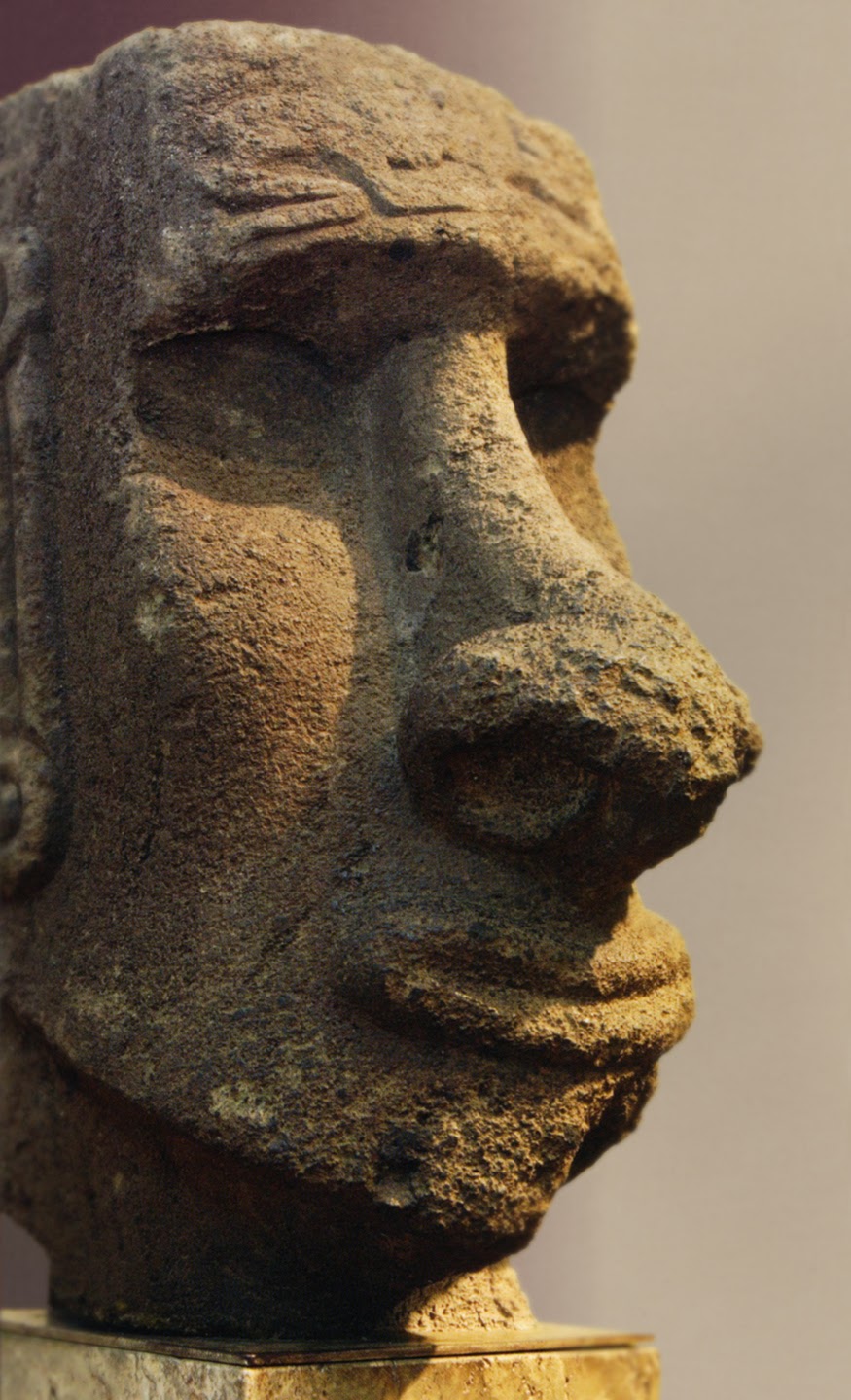 See Henry for yourself at the Forest Lawn Museum.
Posted by Kevin Kidney at 12:38 AM 2 comments: