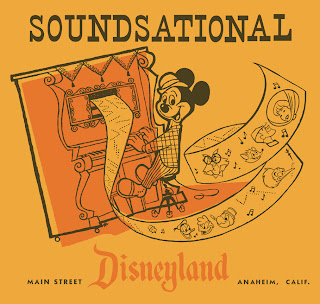 One year old today!
Posted by Kevin Kidney at 9:24 AM 8 comments: 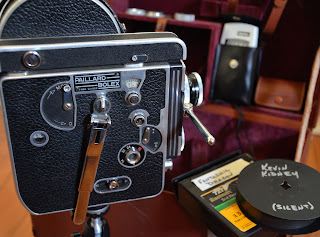 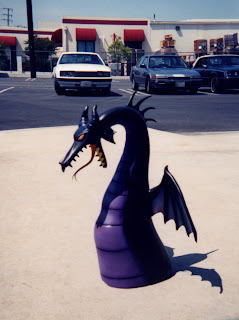 
This week marks the 20th anniversary of a little nighttime show that ignited a long tradition of "water and fire spectaculars" at the Disney parks around the world.  Back in 1992 I was a young theatrical designer beginning my fourth year in the Disneyland Entertainment-Art Department, building scale models for full-sized stage sets and parade floats.  Among my particular specialties were miniatures and puppets, and prior to Fantasmic!, I had designed three-dimensional elements for several Disneyland projects, including the "Party Gras" Parade (1990).  It was a fun place to work, surrounded by talented people who became my friends.  I had a lot of wide-eyed enthusiasm back then, and learned how to fabricate all kinds of neat stuff just by doing my job.  My career in the Disneyland Ent-Art Dept lasted eleven years.


Fantasmic! was designed by Tom Butsch, one of the nicest art directors I've ever had the pleasure to work with.  Tom is a mild-mannered guy from Minnesota, who had designed for live theater and TV sitcoms, such as "Different Strokes," before coming to Disney in 1988.  He storyboarded the whole show - multiple permutations of it - with gouache and colored-pencil on big black boards.  Many of his original drawings were published in promotional materials and magazine articles when the show was first being advertised.


During this time, I led a group of model makers at the off-site Entertainment-Art Warehouse on Olive Street, a mile northeast of Disneyland in the historic Anaheim Colony neighborhood (Oh, the stories I could tell about that place... Great, great memories.)  The first models I built were the barge/puppets for Ursula and the Crocodile.  Vladimir Petrov, Jackie Gonzales, Rich Collins and I made a multitude of other miniature pieces, including various fire-breathing dragons (more on that later this week...)


Ideas for an outdoor show on Frontierland's riverfront actually began in the late 1980s including, I recall, a Haunted Mansion-themed "River Haunt"with ghosts rising from the mansion and appearing to fly over to the island, a la "Night On Bald Mountain."  That evolved into a short-lived concept called "Fantasia Live!"consisting of projected film clips on three enormous movie screens accompanied by an orchestra on a floating stage.  In the above photo (taken at a seminar for art students), one of the earliest renderings, by artist Scott Sinclair, shows the tip of Tom Sawyer's Island engulfed by a trio of "drive-in movie" type screens.  It wasn't until an outside French company came up with a method for projecting film onto water mist, that things began to fall into place.  For a year, production went forward under the title "Imagination" until it was determined that the word could not be trademarked.  Director Barnette Ricci suggested a made-up word "fantasmic" - which sounded silly to us designers at first - but the new name stuck.  Nevertheless, the show's musical soundtrack still begins with "Imagination" sung on the recording.

Fantasmic! (don't forget that exclamation point!) was originally expected to run for five years.  Now, even at twenty years, the show still seems to me like a "new thing" at Disneyland.  Or maybe I'm just in denial.

More fantasmic memories coming this week, if I have time to get them posted. Stay tuned.