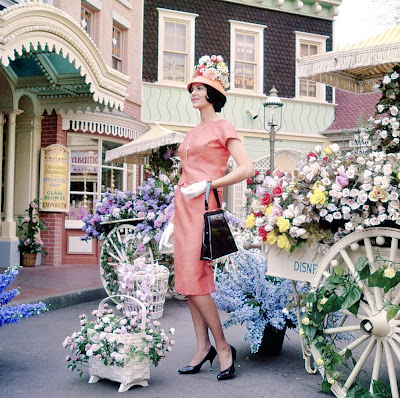 Tailored and trim as a tulip, in gloves and mad hat...
like the blossoms at Disneyland's Flower Market, you'll never wilt!
Our pal, Tim Haack recently discovered a treasure trove of twelve original color negatives showcasing females in fabulous clothes against the fairy-tale backdrop of Disneyland.
Who took these wonderful photos? And who are the three ladies, each one giving her all to look stylish in awkward poses and over-the top outfits?  We wish we knew.   But we do know the photos were taken for the April 9, 1961 issue of Midwest Magazine, a supplemental newspaper insert in the Chicago Sun-Times.  Anyone out there have a copy?
Take time to click on them and enjoy at full size. Each one is pure gold. 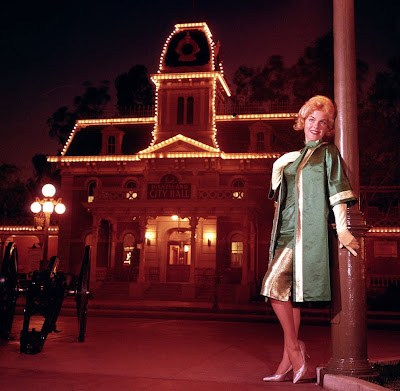 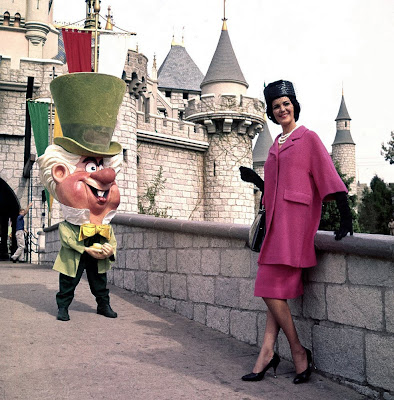 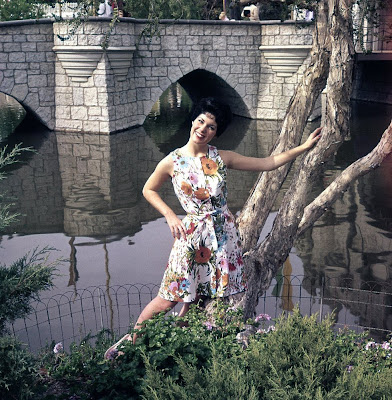 In your pretty play suit of spring flowers, you're certain to get picked! 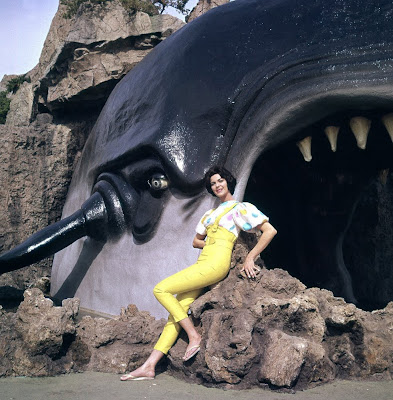 There's just no telling what might happen when you choose high-waisted banana capris and a clown blouse. 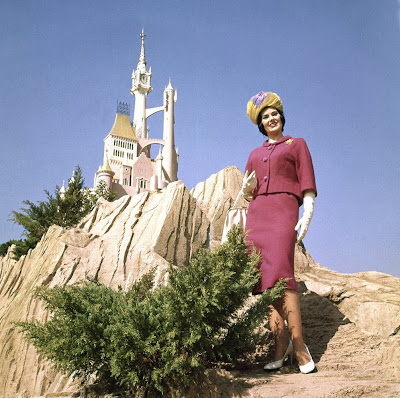 Five o'clock, add a turban, meet your date and go! 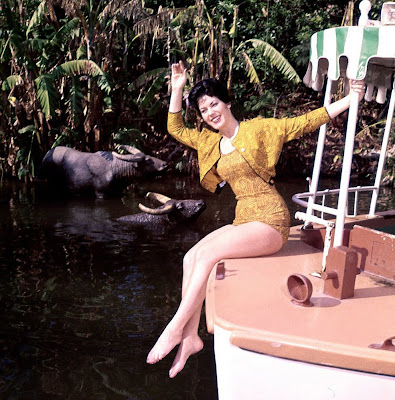 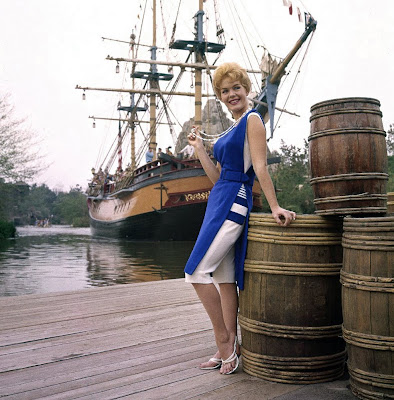 Off the port bow... a cool cotton caftan, side slashed! 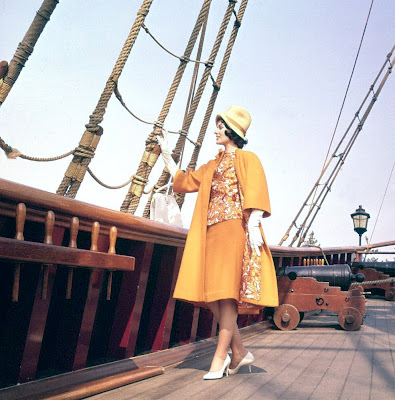 Passengers on board Disneyland's new Columbia sailing ship will never get scurvy... especially if handsomely suited in gay tangerine. 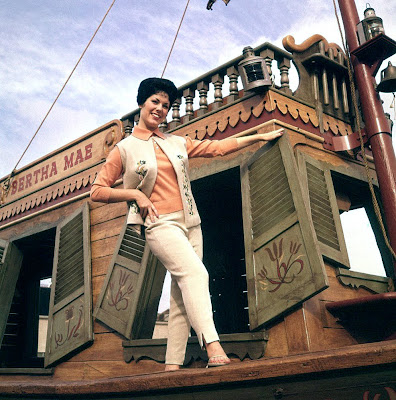 Even the river pirate Mike Fink "hisself" would adore a pair of these shipshape slacks in cream cotton faille. 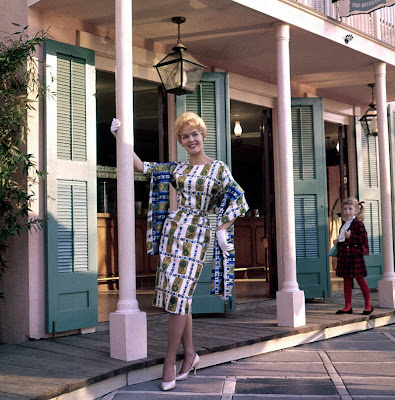 Greet them like a modern southern belle, whether along the shores of the Mississippi, or outside Disneyland's Oak Tree Tavern. 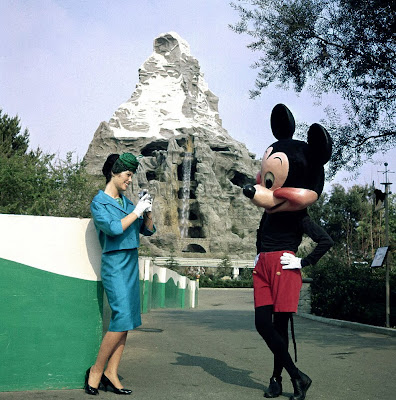 Get the "movie star" attention you've always dreamed of in a pair of crimson velveteen shorts and stitched-on mouse tail.
(Thanks for sharing your collection with us, Tim!  This stuff is priceless!)
Posted by Kevin Kidney at 10:12 PM 37 comments: 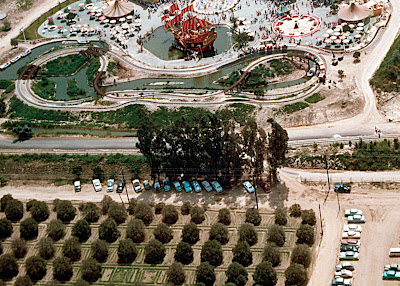 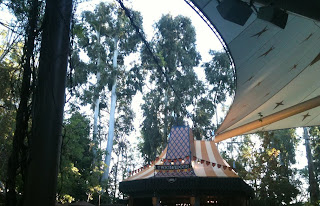 These surviving sentinels from Anaheim's rural past currently provide shade for a snack stand near the Fantasyland Theater.
Posted by Kevin Kidney at 4:30 AM 9 comments: 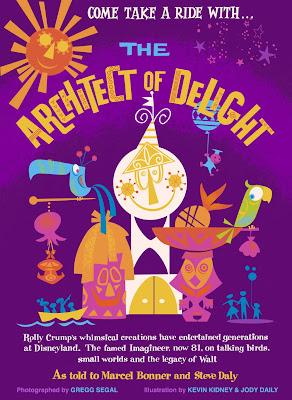 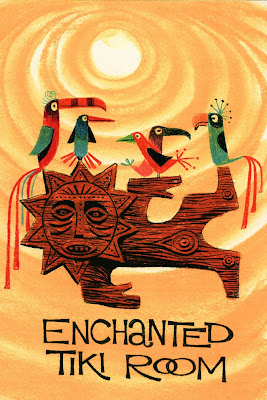 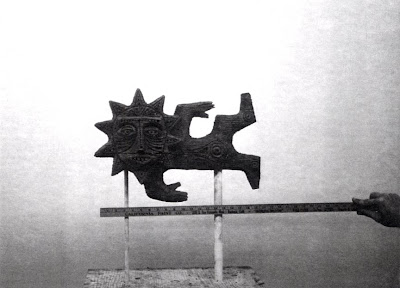 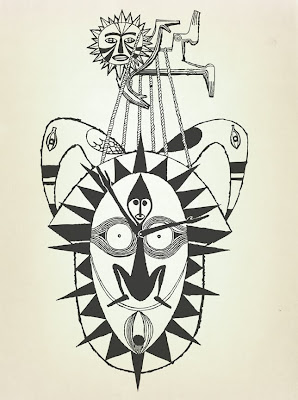 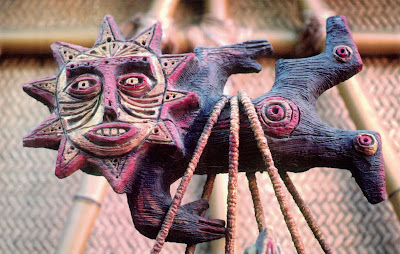 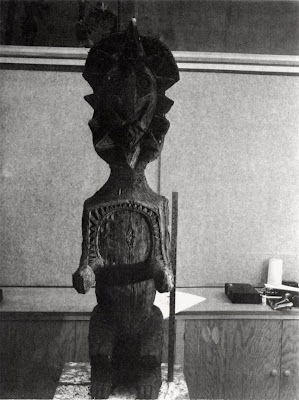 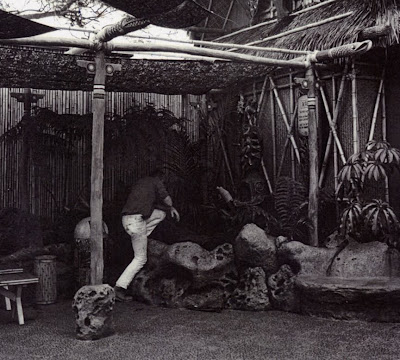 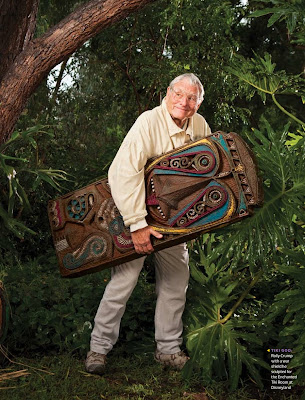 Past post about Rolly:  Muse of the Weird and Wonderful
Posted by Kevin Kidney at 9:55 PM 15 comments: