Down By The Station, Early In The Morning... 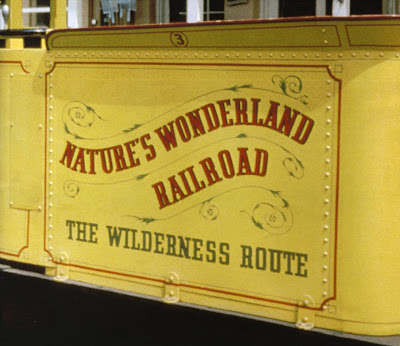 On November 13th, bright and early, Jody and I will be down at Disneyland for the release of our newest collectible based on a classic attraction:  The Nature's Wonderland Mine Train.  From 1960 to the mid 70s,  these bright yellow little trains carried passengers on a scenic adventure through the "unspoiled wilderness" of Frontierland. 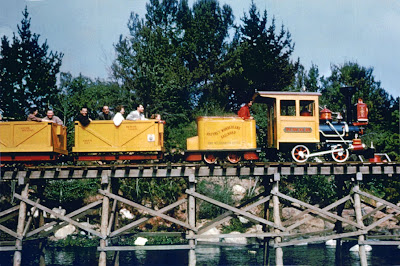 Traveling over creaky wooden trestles, through cool rock caves, and beneath a natural arch bridge, passengers viewed over 200 animated animals and birds representing "almost every specie still roaming the North American continent", according to the original press release. 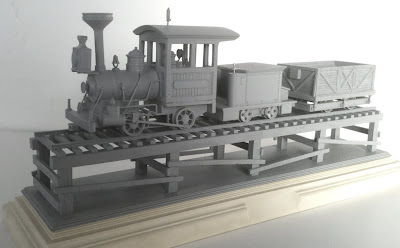 The unpainted, first prototype
Although Jody and I both can say we have ridden through Nature's Wonderland, we were too young to remember anything about our experiences. Our model, on it's own trestle base, is carefully copied from stacks of photos and the original vellum draftings stored in a big flat drawer at Walt Disney Imagineering. 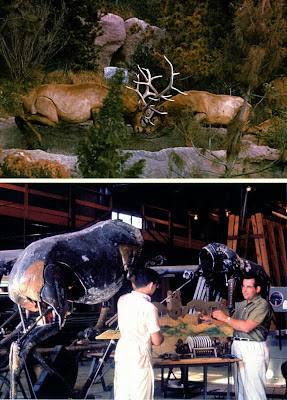 Creating the realistic Olympic Elk figures for the attraction.
Legendary designer Bob Gurr (that's him above in the green shirt) built mechanisms for many of the realistic animals that inhabited the ride.  "Nature's splendor" culminated in the colorful Rainbow Caverns, a florescent watery-wonderland of underground stalactites, stalagmites...and, of course, black lights. 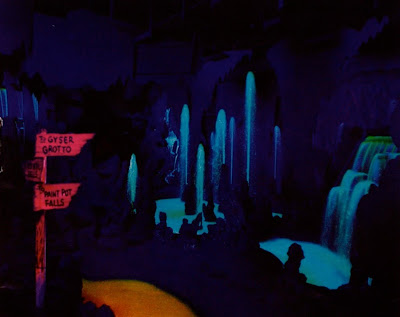 Spoiler alert!  (Although, really, how can we spoil something that doesn't even exist any more?) Here is a RARE view of a portion of the Rainbow Caverns during a routine refurbishment in the 1960s.  The water is drained, work-lights are on, and a workman's power cord stretches across the tracks, ruining the illusion, but allowing us to appreciate "how it was done"! 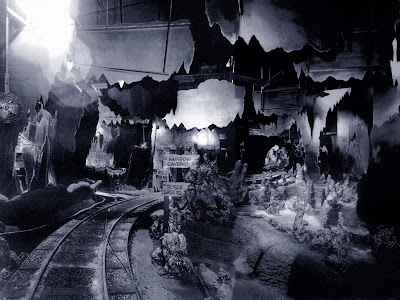 Rocky cut-outs obscure rows of lights, while electric fans mounted on the walls create a refreshing breeze for passengers still warm from their trip across the arid "Living Desert". 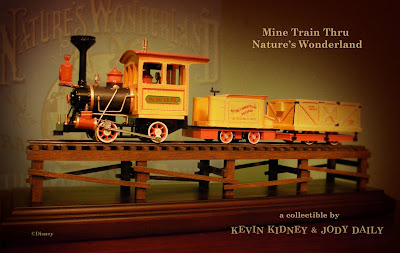 We dearly love the Mine Train and wish we could still take a trip through Nature's Wonderland today (although Big Thunder Mountain Railroad is one of our favorite Disneyland rides, and retains several of the effects and scenes from its predecessor.)
Tomorrow mornin', if'n you're in our part of the wilderness (that is Anaheim), why not mosey on down to the Disneyland Gallery on Main Street and visit for a spell? Jody and I will be there, along with Bob Gurr, to sign Mine Trains and shoot the breeze from 9am to 11am.  Hope to see you there!
Posted by Kevin Kidney at 2:58 PM 8 comments: