Well, Here you go...
http://youtube.com/watch?v=G6mH_4Kzyzc&feature=related
Posted by Kevin Kidney at 6:10 AM 14 comments:

"Sound of Tiki" CD Art by Kevin Kidney 2008
Originally uploaded by Miehana
Here is my original paper sculpture for an upcoming CD of rare music recordings compiled by Taschen's "Book of Tiki" author Sven Kirsten. The album is being produced in Germany by Bear Family Records.
I'd like to mention that not one bit of this image was accomplished with digital trickery. This is 100% hand-embossed, hand-cut and assembled paper, photographed just as you see it here.

Everyday, people walk right up to me on the street and say, "Dude, why are you so HAPPY all the time??"

To them, I just smile and shrug.
But to YOU, I'll let you know my secret to eternal youth and happiness:

I'm a vegetarian
(mostly),
I don't smoke,
my close friends are all top quality people,
and I listen to LUXURIAMUSIC.COM

Go to their website and click on "listen" in the menu.
(I prefer to enjoy listening through the modern miracle of iTunes.)
Posted by Kevin Kidney at 2:34 AM 1 comment: 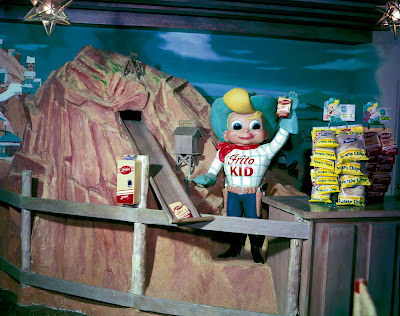 Hayley Mills!
Originally uploaded by Miehana
A friend just wrote in to let us know we were recently featured on Boingboing. How cool!