Way back in 2006, as the collectible tiki mug craze was reaching its height, I made a special mug just for myself based on a (then) fifty-year-old television program that I was completely obsessed with.  Hawaiian Eye, produced by Warner Brothers in Burbank and originally broadcast on ABC-TV from 1959 to 1963, was a "private eye" adventure in modern Honolulu, with murder and mayhem set against the tropical scenery of the islands. 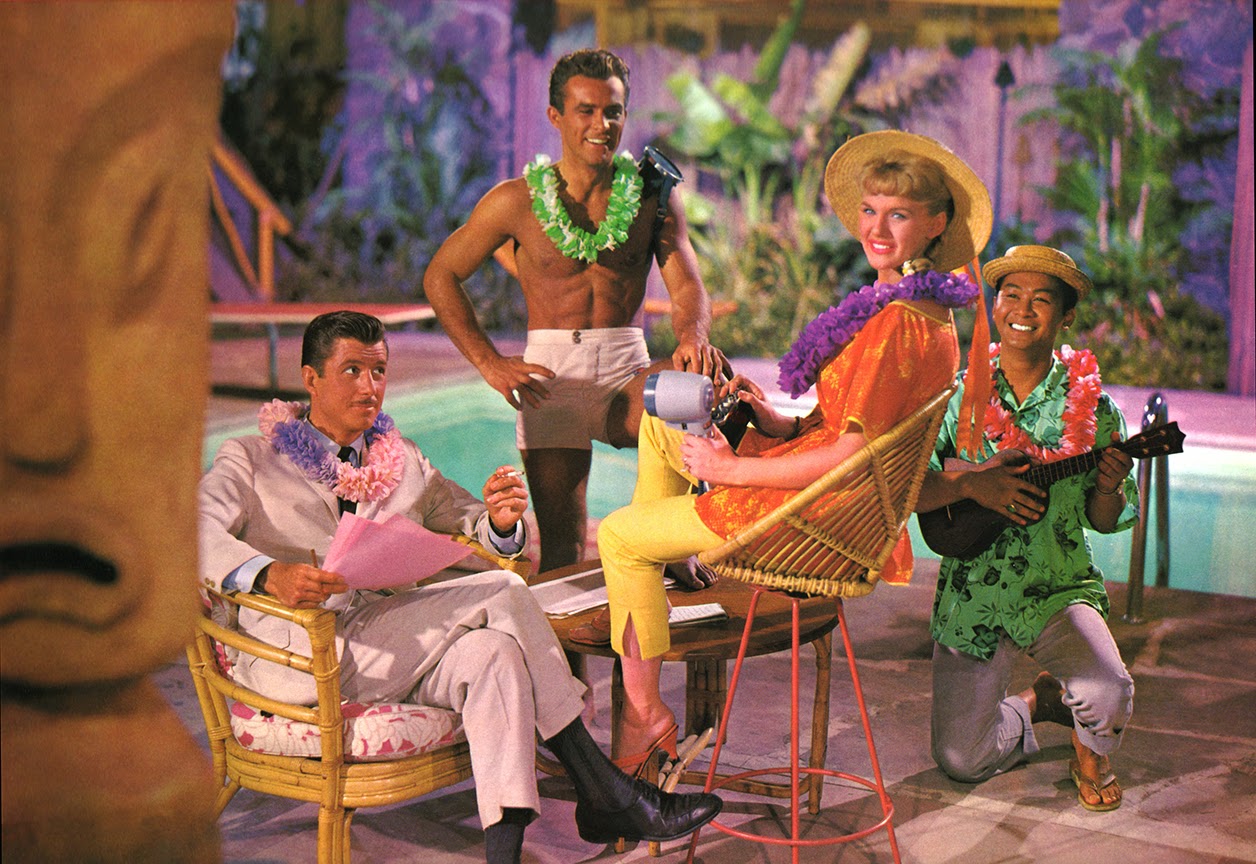 The show had a vacation-like atmosphere with plots rum-infused with luaus, surfing, ukuleles, and Navy Grogs.  Anthony Eisley and Robert Conrad were the private investigators working from their stylish poolside office at the famed Hilton Hawaiian Village. Pretty nightclub singer Connie Stevens performed each week in the adjacent Shell Bar, and Hawaiian-born Poncie Ponce added to the fun as a colorful cab driver. Even the villains on the show each week seemed to be on vacation.

The most familiar icon of Hawaiian Eye, however, was the tiki seen at the opening and closing of every episode. Conceived by Art Director Perry Ferguson (best known for his production design on Citizen Kane, Alfred Hitchcock's Rope, and the live-action sequences in Walt Disney's Song of the South), the tiki also stood in the Hawaiian Eye headquarters and served as a sort of good-luck charm for the private eyes. 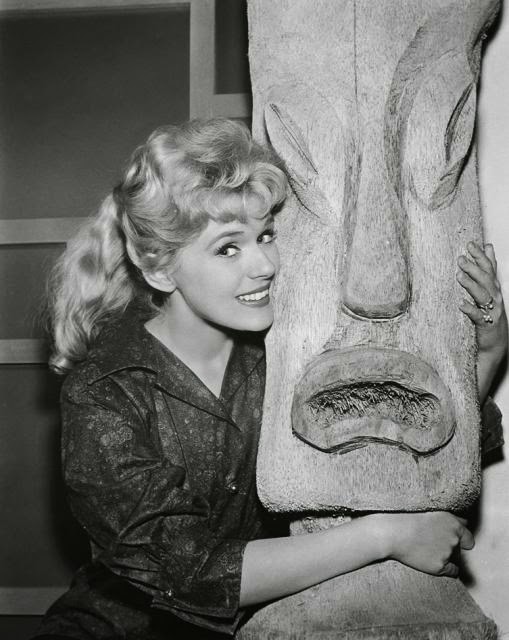 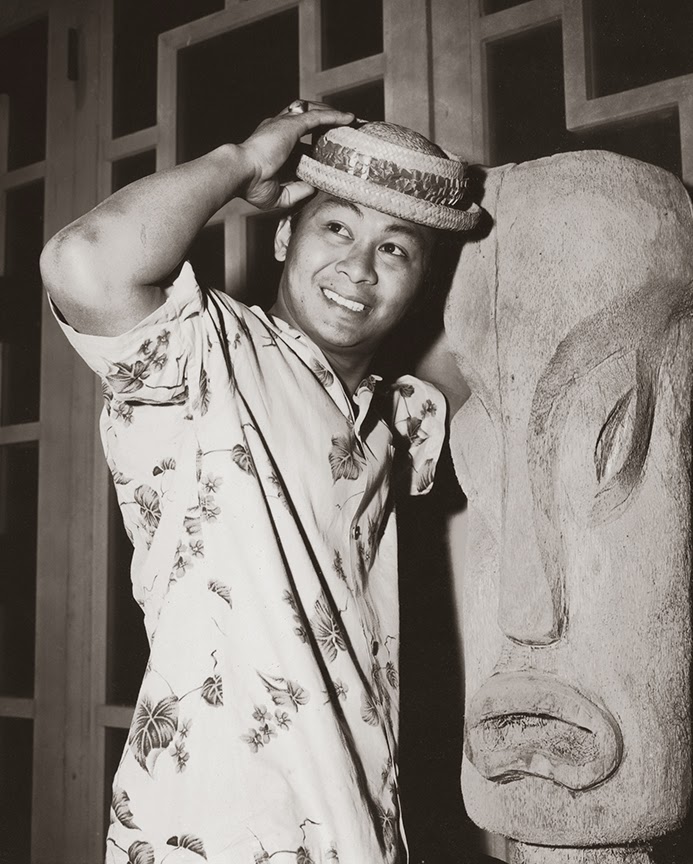 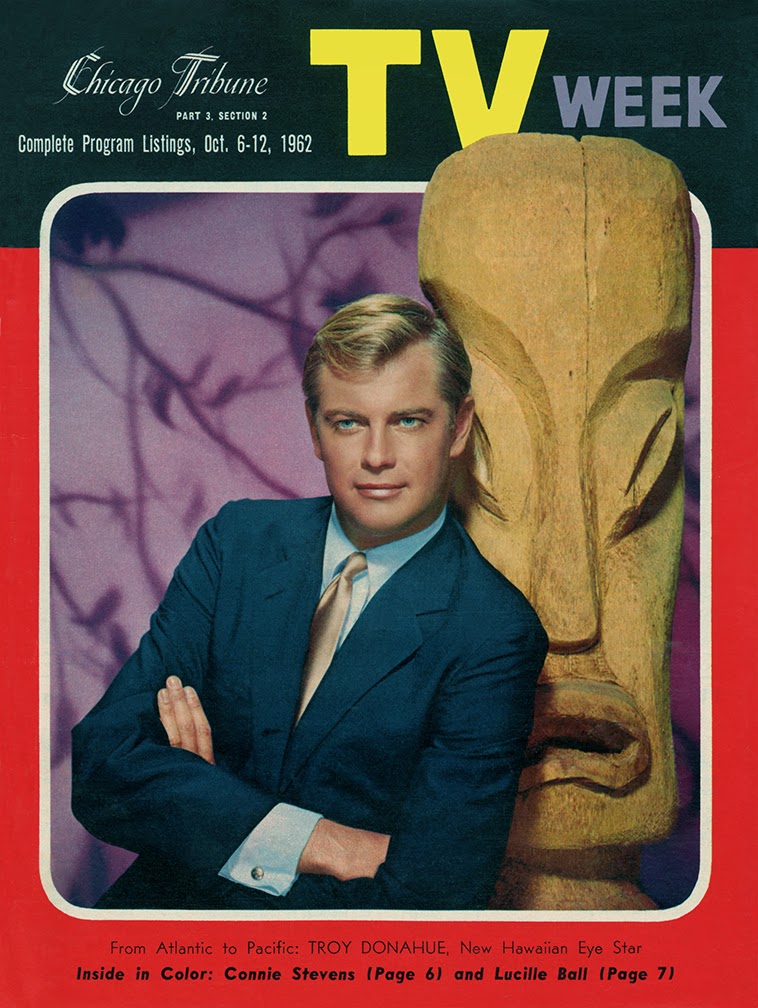 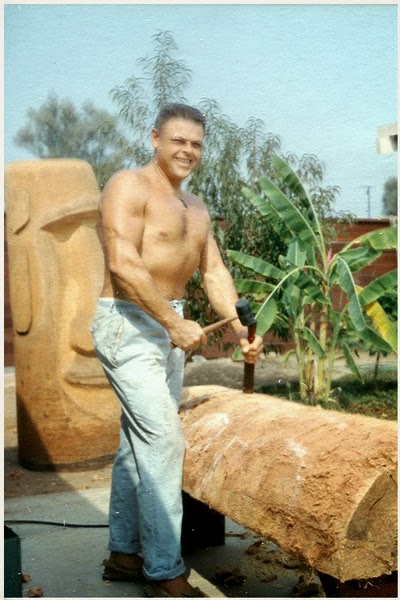 Standing nearly 4 feet tall, the grimacing deity was reportedly carved from palm wood by an actor named Malcolm Mealey.  Mealey trained weightlifters here in Anaheim and chiseled tikis out of palm logs as a hobby.  Most of his tikis were purchased by Stephen Crane (Lana Turner's ex-boyfriend) who built hotels with themed restaurants, such as "The Luau" in Beverly Hills. 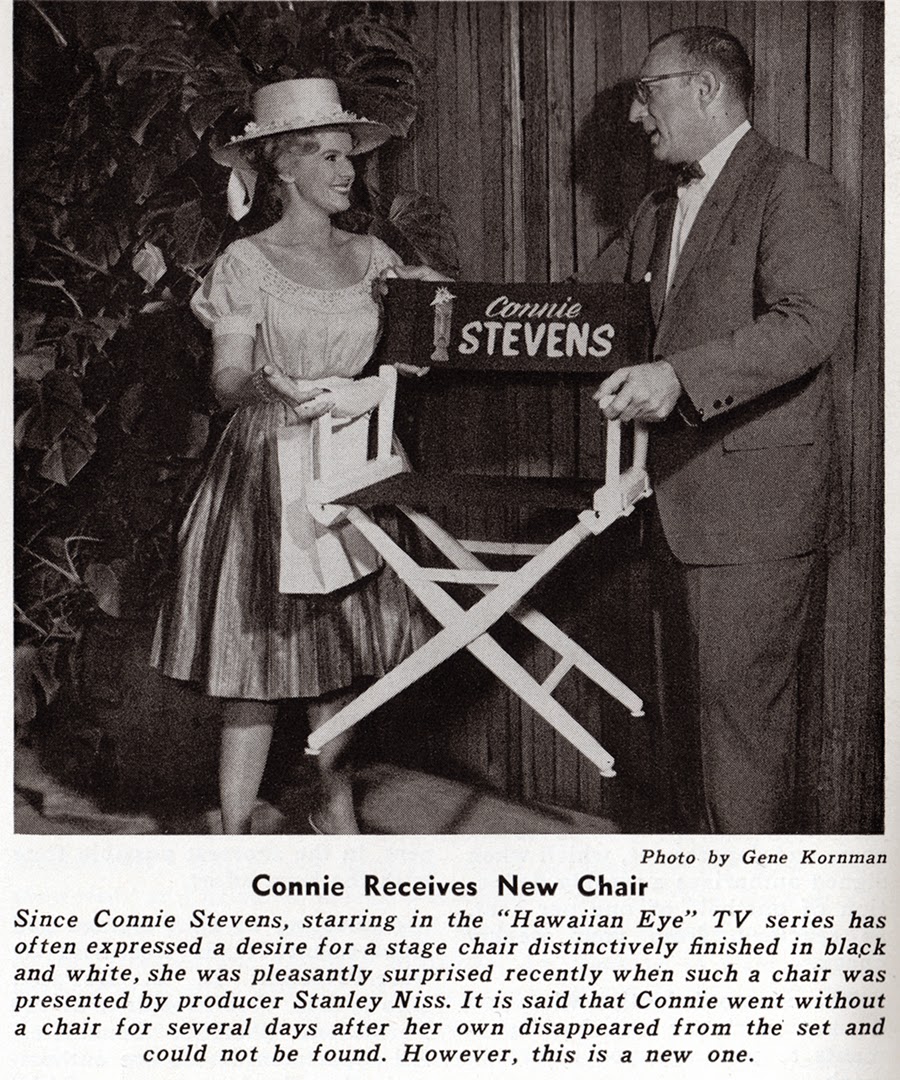 The tiki became the show's logo, both behind the scenes, and on the handful of rare (and highly collectible) merchandise items based on the series. 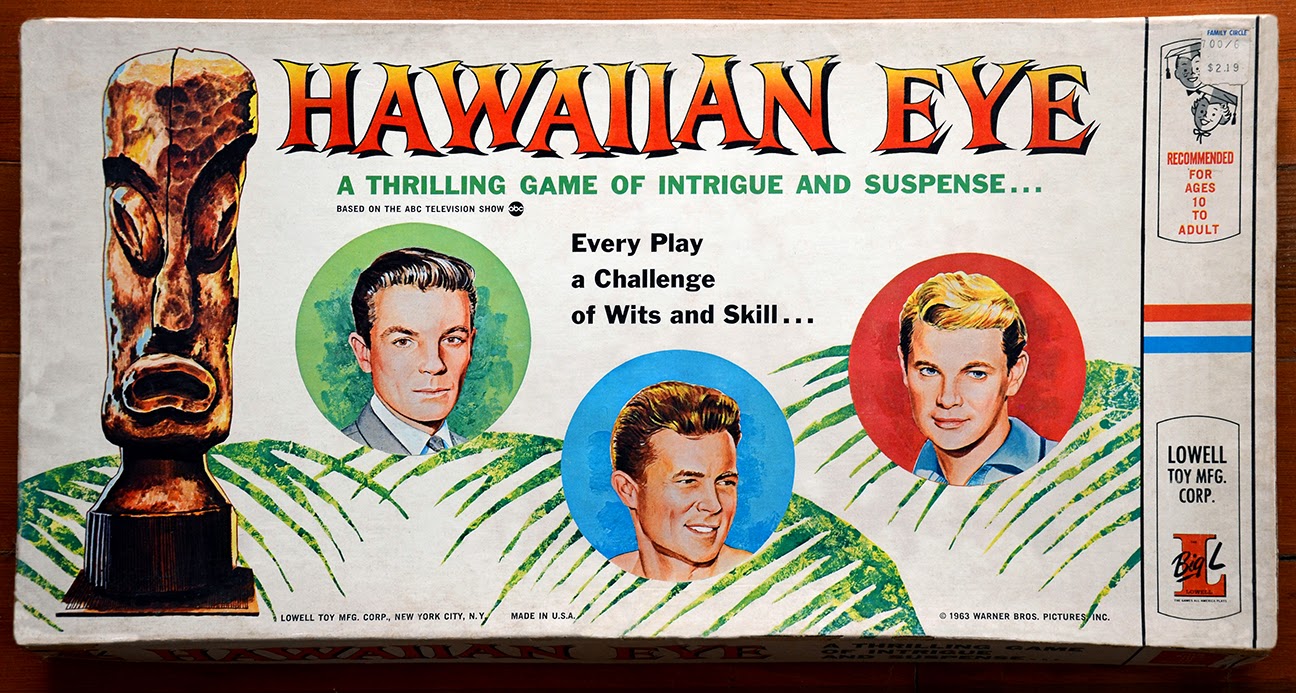 I've been told by Book of Tiki author Sven Kirsten that after the show closed in 1963, the tiki prop was taken as a memento by one of its cast members Doug Mossman, but it has since rotted away in his yard in Waikiki.
-------------

By the way...Jody and I are currently hard at work on our online store set to debut in about a month.  It's a lot of work, but as it evolves there will be some nifty stuff you probably won't  find anywhere else.  Stay tuned!
Posted by Kevin Kidney at 3:43 AM