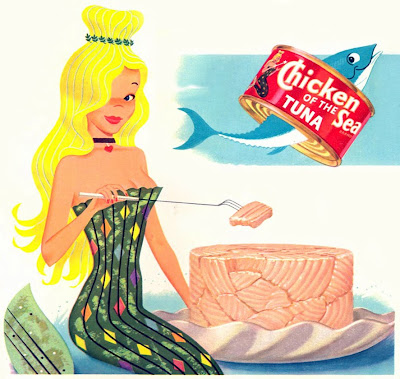 This 1955 ad art just shouts Yay!  It's beautiful, colorful, charming, and kind of gross.  Still if today's Chicken of the Sea executives had any sense at all they'd bring back this mermaid.  The current logo is so utterly blah, I won't even besmirch your eyes with a picture of it. Even Charlie the Tuna has better taste. 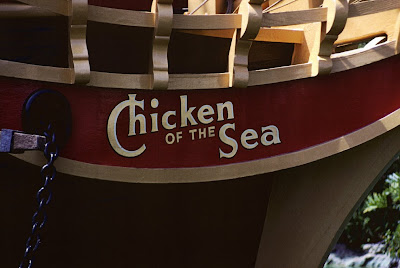 Back to Disneyland now, for a couple photos of our favorite galleon.  Both dated June, 1969.

Panorama! The back side of the restaurant, showing the original kitchen door (far left) and the overflow outdoor dining area.   That big back door right in the center was not added to the ship until the 60s.  (If you look at the 1955 image of the "proud painter" in the previous post you can see the difference.) 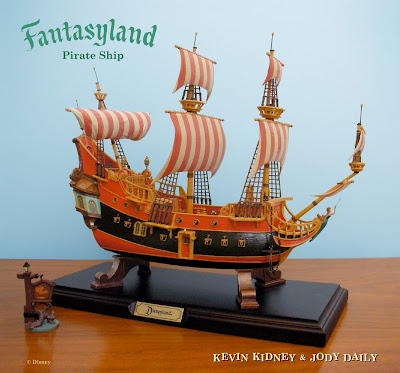 And now for another shameful plug:  The Fantasyland Pirate Ship replica is finally available starting today.  Jody and I will be at Disneyland bright and early this morning to launch a thousand ships.
Okay, there are only 500. 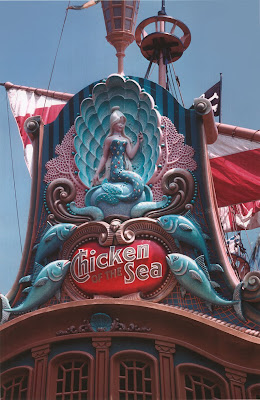 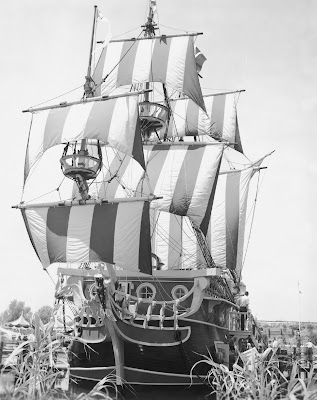 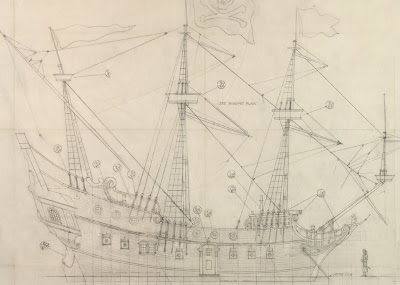 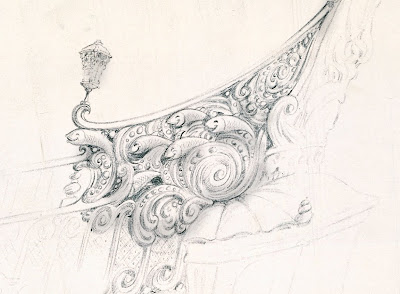 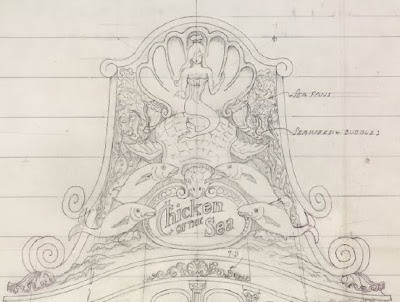 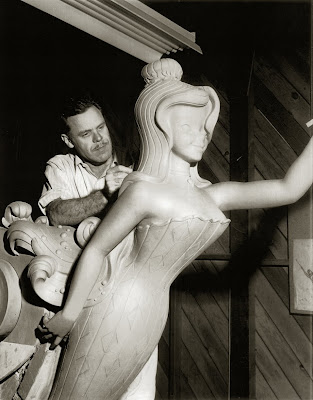 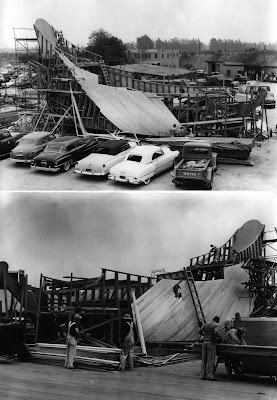 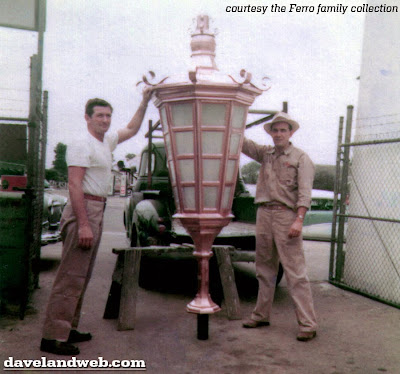 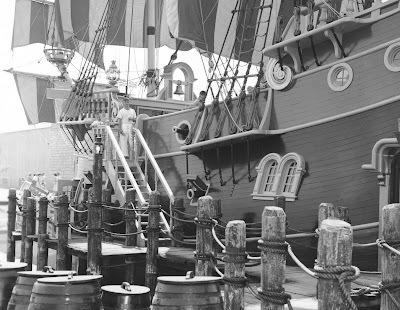 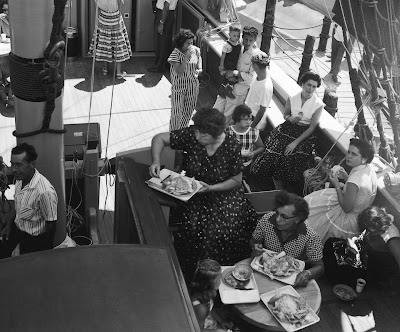 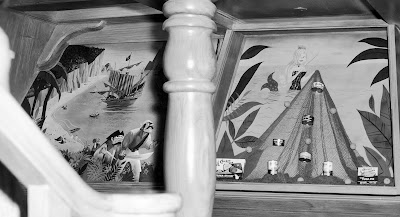 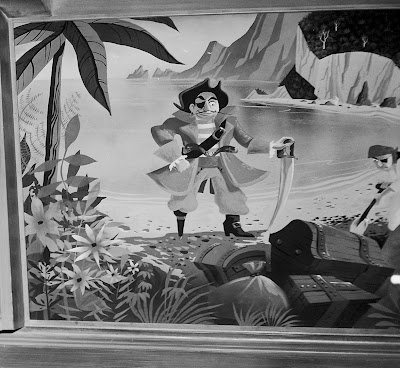 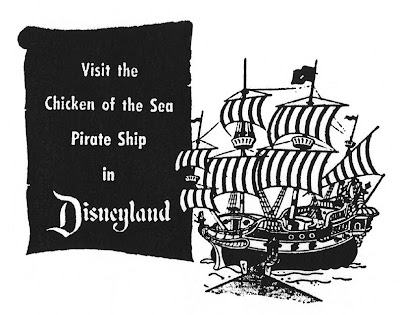 That's plenty for today.  Come back soon for more thrilling tales of the Fantasyland Pirate Ship!
Posted by Kevin Kidney at 2:24 AM 11 comments:

Ask Any Mermaid You Happen To See... 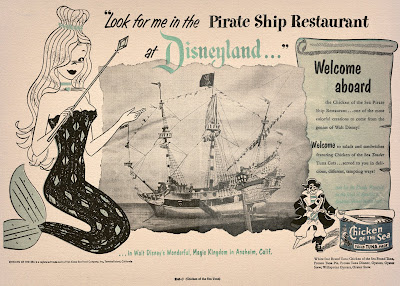 Original newspaper ad from the Independent Press Telegram, Long Beach, California, Friday July 15, 1955.
The pirate ship in this advertisement is actually the architectural scale model used in constructing the restaurant! Anyone know where that model is today??
Posted by Kevin Kidney at 5:01 PM 7 comments: