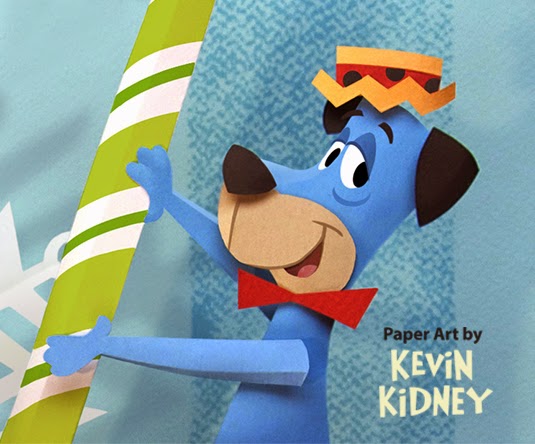 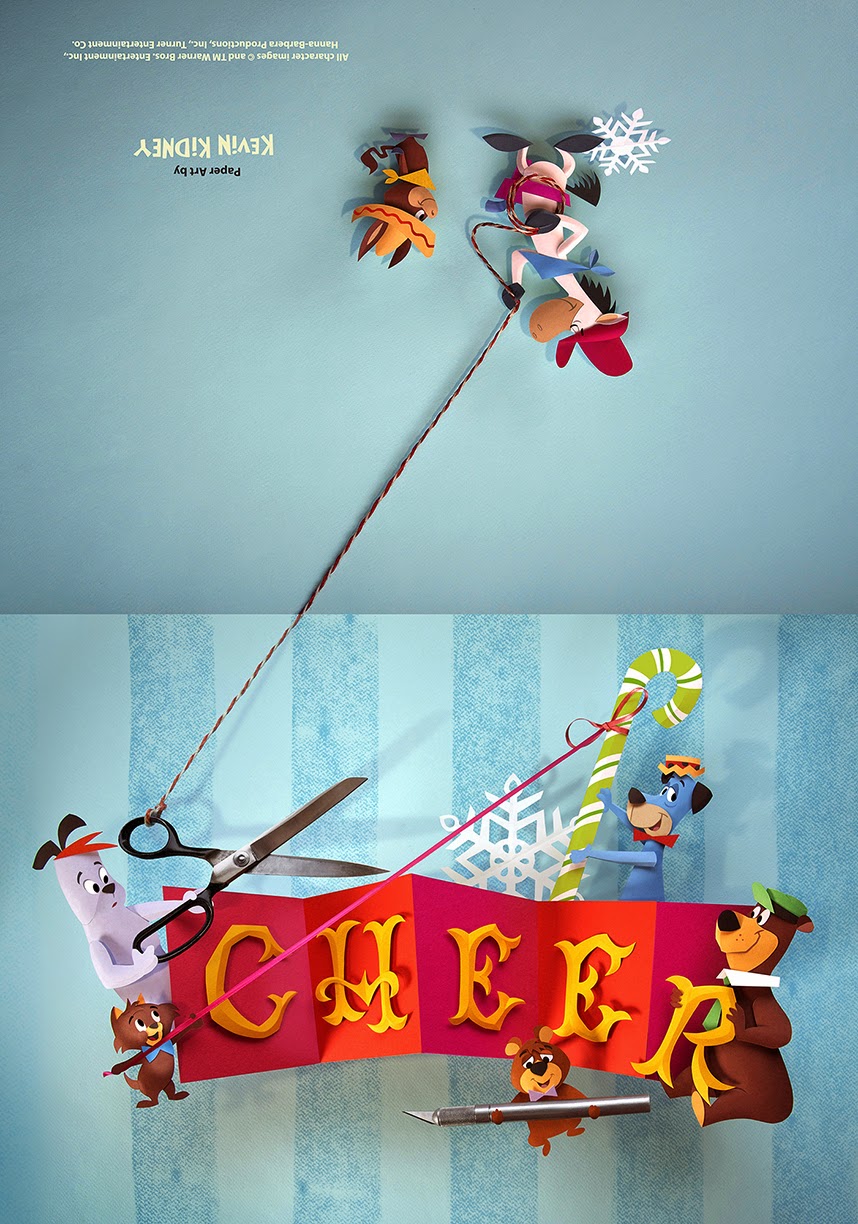 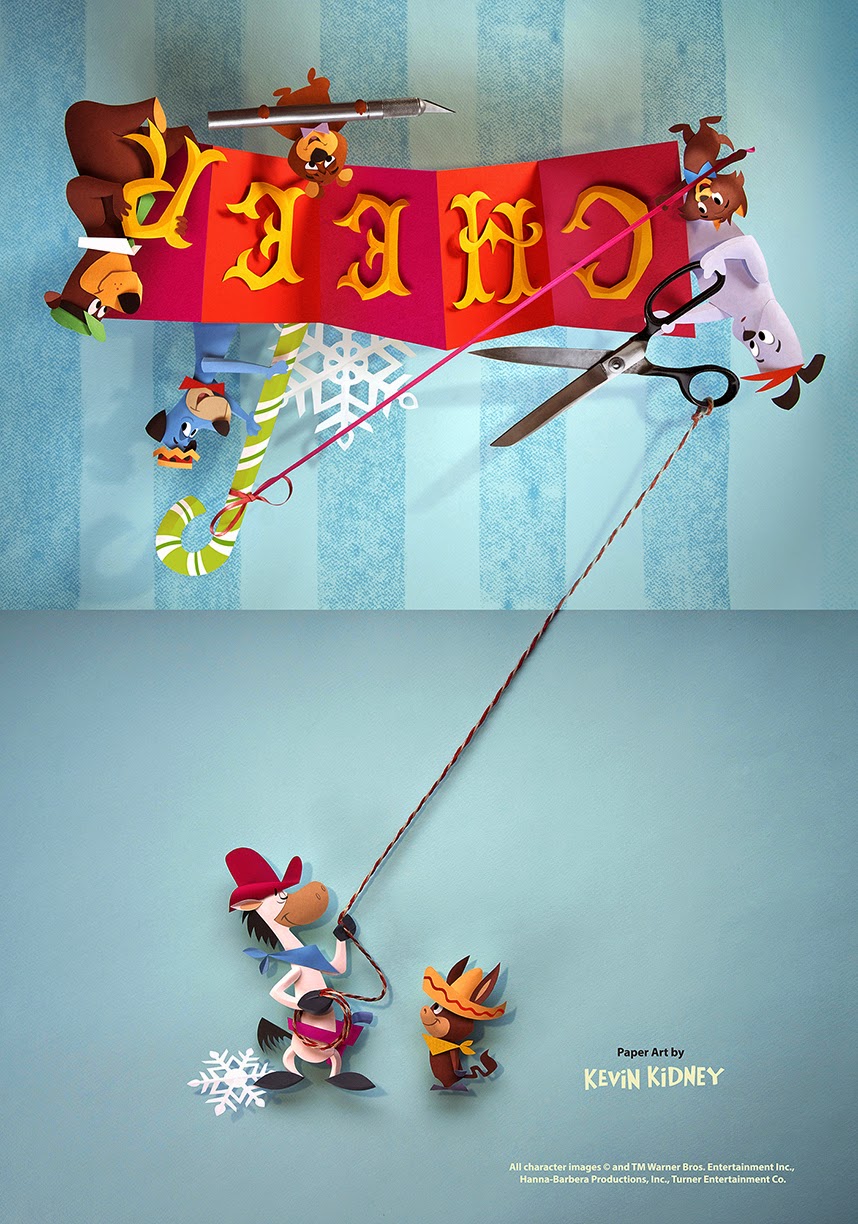 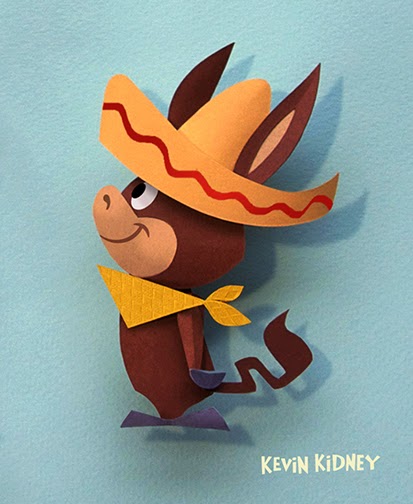 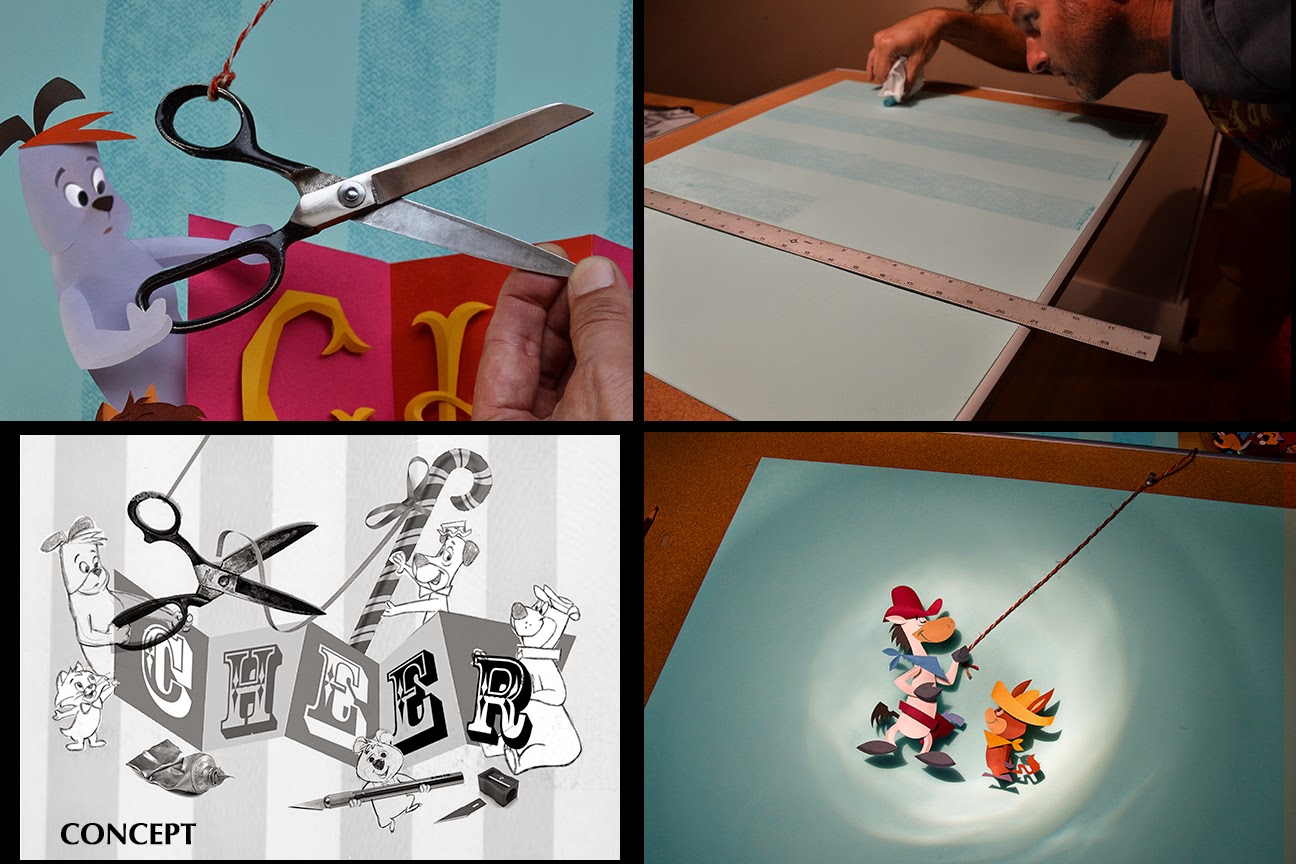 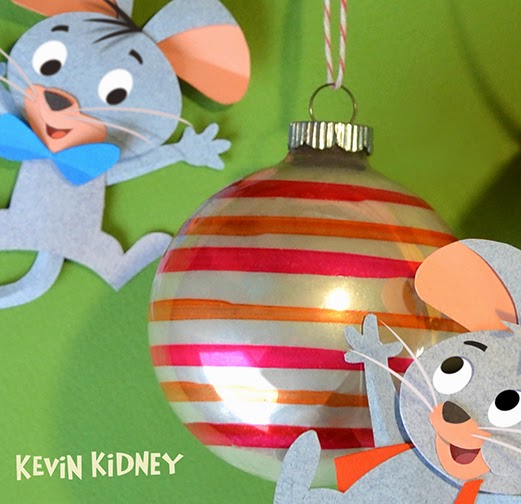 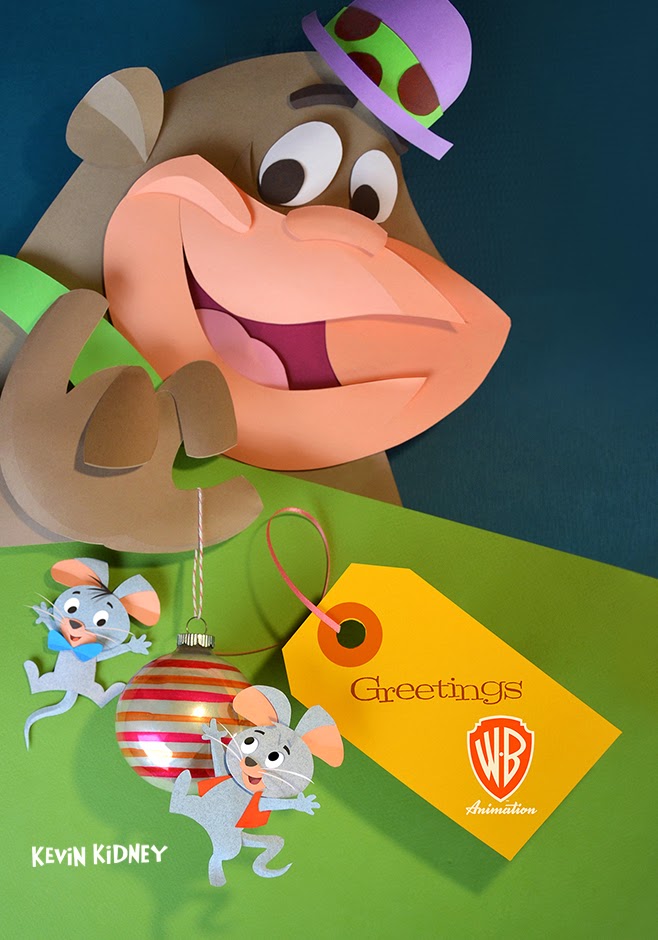 Magilla Gorilla dangles a real vintage ornament (from our own Christmas tree at home) while the mice Pixie and Dixie leap around.  Incidentally, I hope everyone out there reading this is familiar with all these great Hanna-Barbera characters.  We don't see them very much today—except perhaps for Yogi Bear—which is quite a shame.  I spent countless hours of my kidhood enjoying the TV antics of these characters, and it was a dream come true to be able to revisit with them for a short while as they skipped across my workbench.
Posted by Kevin Kidney at 3:38 PM 9 comments: