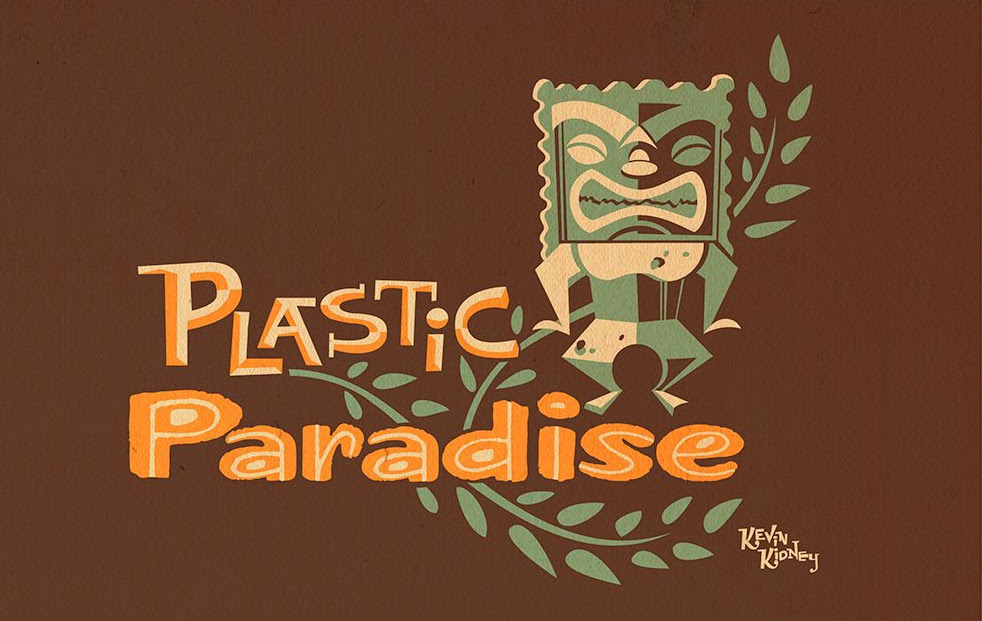 The wait is finally over. Awhile back I was Art Director on Plastic Paradise: A Swingin’ Trip Through America’s Polynesian Obsession, a new documentary by Common Machine Productions. It will air on select PBS stations starting in Philadelphia TONIGHT Jan. 23 at 9PM on WYBE. For the LA crowd , KCET has pushed its airing to March 4 so they have more time to promote. Make yourself a Miehana cocktail while you wait...

In the 1940s and 1950s, the return of American GIs from the Pacific helped launch a postwar Polynesian craze that lasted more than three decades. Thor Heyerdahl’s Kon-Tiki expedition, James Michener’s Tales of the South Pacific, and Hawaiian statehood all fueled the phenomenon. This “tiki” culture — so named after the large, wooden sculptures found throughout Polynesia — included candy-colored, rum-infused cocktails with names like the Zombie and the Missionary’s Downfall, crazy Hawaiian shirts, exotic instrumental music fused with space-age pop, and a nonstop party scene inhabited by self-styled nonconformists and swingers.

Plastic Paradise explores this fascinating, little known, and surprisingly enduring subculture. Making stops in Los Angeles, New York City, and South Florida, the film culminates with a visit to Hukilau, the largest gathering of tikiphiles on the East Coast, held every year at Fort Lauderdale’s famed Mai-Kai Restaurant.
Posted by Kevin Kidney at 4:48 AM

I can't wait to see it! It's always tiki time but this is sure to kick off the season in great style!

I hope this plays in San Diego as well :( Been wanting to see this for months.