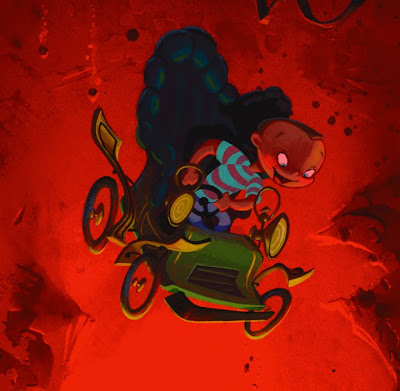 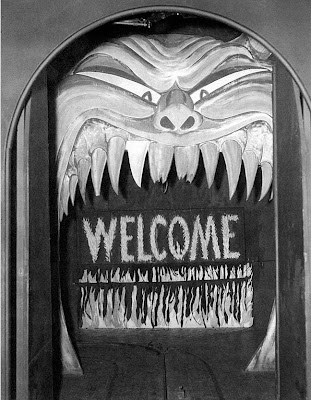 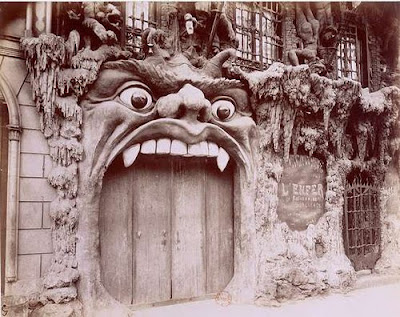 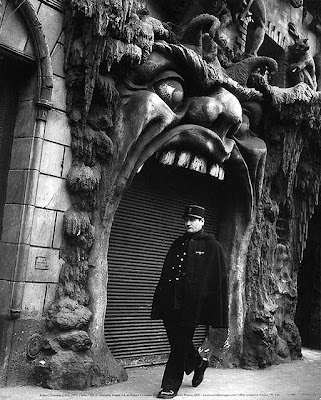 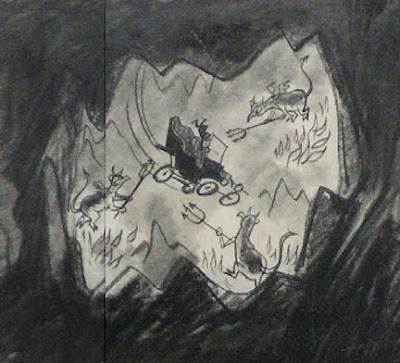 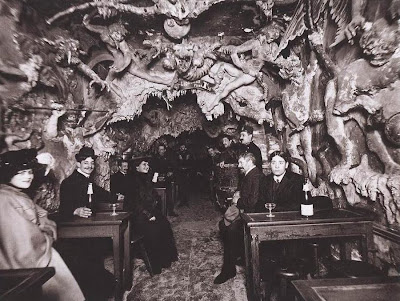 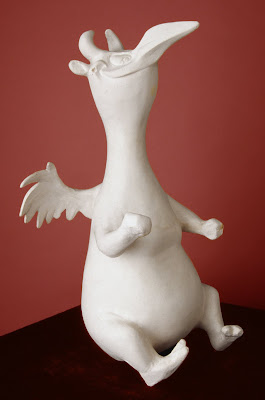 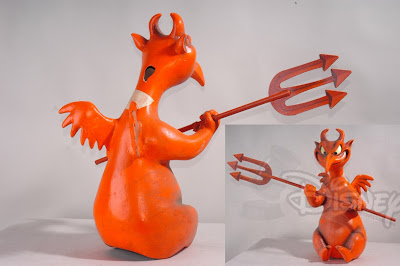 Awesome! I love how both obscure but instantly recognizeable this is.

Hey, thanks for the plug, KK! You know, your blog ain't no slouch either.

I had never thought of the "Hell Cabaret" as a possible influence on Mr. Toad, but I think you may well be right.

Love love love this piece. We rode Mr. Toad the day after seeing this and it made it even more special.

Love this piece! One of my all time favorites by Jody.

WOW KEVEN!! you must have been reading my mind!! Yesterday I was thinking of e-mailing you about items being planned for Walt Disney World's 40Th merchandise series you and Jody are working on and one of the items I was hoping to "plant a seed" about was one of these very same "Mr. Toad Cow Devils"!!! Why are they referred to as "Cow Devils"???......are they the deceased cows that may have been bumped off by one or Toad's careless escapades?? Anyhow--about that "seed"..........how about a full-size repro of one of these cute Toad "Cow" Devils!!???-Best,

A core influence would be Dore's woodcuts for Dante's Inferno. And then there's that black and white film "Dante's Inferno", 1935, starring Spencer Tracy.
http://www.imdb.com/title/tt0026262/

It's a rich mythology.

I have a friend who loves the Mr. Toad attraction, and he often says that the idea of sending guests to Hell at the end of the ride would NEVER be done today. He might be right!

It would be amusing to hear the reasons why the folks at Disneyland won't sell this, since the ride itself really contains that scene. Were lawyers involved, or just faint-of-heart dopes?

I agree that the "Going to Hell" sequence would never make it today. To many in Walt's generation, demons, witches, the Devil—really, the occult in general—were in the same category as vampires and ghosts: Halloween decorations, not to be taken literally except, perhaps, as symbols. Thanks to events like the Manson murders on the one hand, and social shifts like the resurgence of conservative Evangelical Christianity on the other, there is today a general awareness that many people take these things seriously, whether for better or for worse, and these symbols are not neutral enough anymore to use as light entertainment for all age groups.

It also reminds me of the same "issues" surrounding The Song of the South (I realize this is not an analogous example)...where it's perfectly fine to send kids through an attraction featuring something, but not OK to have that same something in a different context.