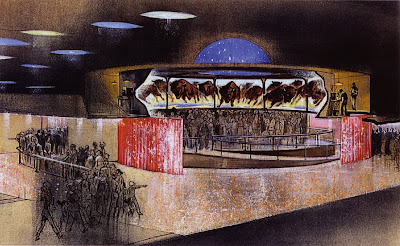 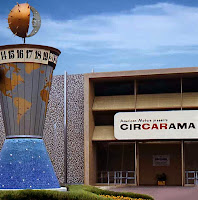 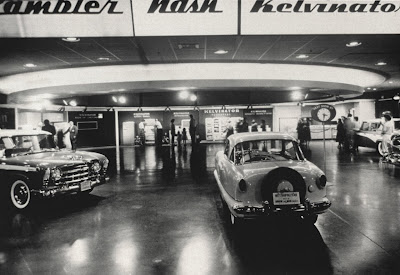 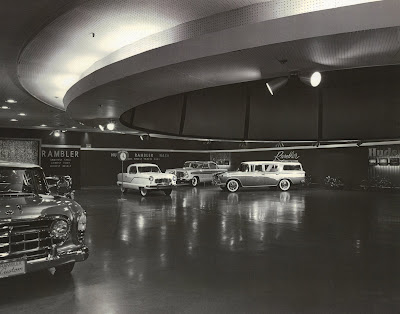 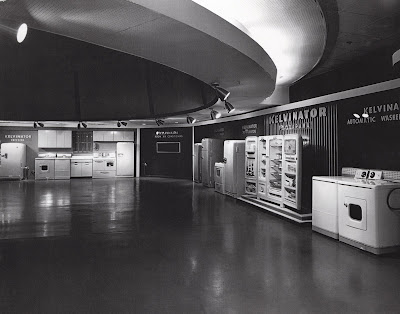 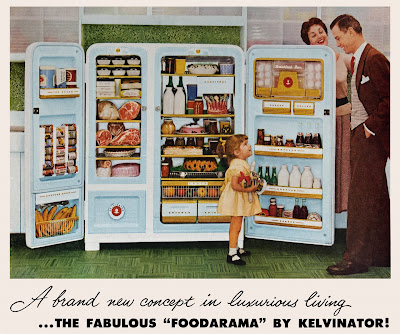 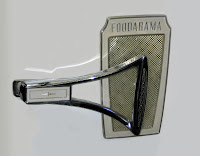 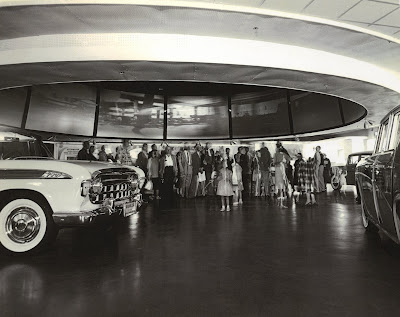 Well, I was out of town, so my comment gets to stay. Hooray!

This was an AWESOME post, thanks so much for all of the great photos. Foodarama, who knew. I am a sucker for this kind of stuff, it all resembles displays at a Museum of Science and Industry.

It is rare to see the inside of attractions but even rarer to see what sponors displayed.

WOWEE!
Kevin, I have been reading your blog for the past year and love every update, but something about this one forced me to speak up ( I think it was the Nash Met! ) and thank you for the awesome blog. As a current environmental design student I have drawn a lot of inspiration from these great old designs. When I'm not hunched over a sheet of vellum I work seasonally on Disneyland's Fantasmic! and get to enjoy your work 5 days a week (and get paid too)! Keep up the great work, on the blog and in your designs!

Kevin, this is true Disneyland history. Much of it I personally witnessed. Great memories. Thank you, Richard.

Those are amazing photos of the Circarama interior! Being used to the larger, 1967-era theater that didn't have appliances around the perimeter, it's shocking to see how cluttered the theater is.

My only disappointment is that the video at the end of the post wasn't "A Tour of the West"!

Progressland - Imagine how tricky it would be to get those 11 little YouTube screens to align properly!

Designerd - Great to hear from you, and so happy you find inspiration here. I could spend a lot of time with these images just letting my imagination run around in them. Best of luck with your studies, and hope all those viewings of Fantasmic don't wreck your sanity!

Thanks everyone for your comments!

Gosh, I wish I had a Foodarama by Kelvinator! Of course, I'd probably find it most useful as a storage unit for my DVD library...

Oh dear lord, I wants me one of those amazing Foodaramas! It's only 47" wide, too!!!

amazing post, Kevin! I had no idea kelvinator even existed, but man, I'm glad it did!

Hello,
I'm curious about the opening day at Disneyland with the Circarama. Do you know if video exists of the opening day ceremony with Hillary Brooke. Also the Nash Ambassador car that was used during the opening day. I as gifted the orginal script from that broadcast. (Disneyland, June 27, 1955) and i'd like to match it with any surviving video of that day. Thanks! my gmail acct is:
eye.would(at)gmai1.com thanks!

This makes me want to dance in front of my fridge! Fantastic post, Kevin!

Another great post with some amazing images. The B&W photos of the Circarama interior are the best I've ever seen! Thanks so much for sharing.

After spending the last two years researching the early sponsors of Disneyland, it's always fun to see real clear images of what you've only read about, or seen blurry in the background of a tourists photos.