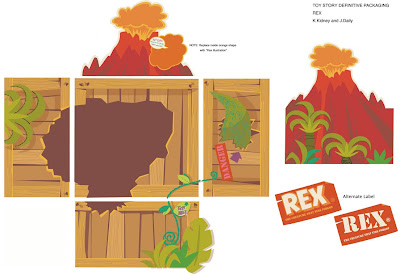 Back in 2009,  Jody and I had the great honor of being asked by Pixar and Disney Consumer Products to help create special packaging for the new Toy Story Definitive toy line, the most film-accurate replicas of the characters ever produced.  At the time, Jody had just designed the Pixar Play Parade for Disney's California Adventure, and "Toy Story 3" was still in production.
Some of the characters, like Woody, Jessie and Buzz, already had packaging seen in the animated films, but there were side panels and box backs not visible on screen, that needed to be fleshed out. Other toys, such as the Pizza Planet Aliens and a mysterious new character named Lots-O-Huggin' Bear, required all new packaging from scratch. 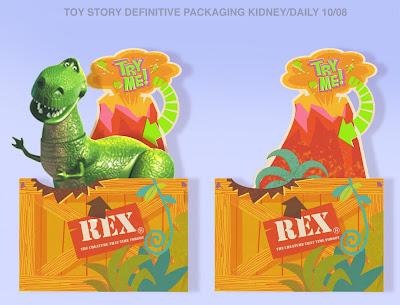 Jody and I based all our digital illustrations on rough pencil concepts by Pixar merch designer Ben Butcher.  Some of the packaging, such as this shipping crate for Rex - complete with volcano, went through a zillion variations before everyone was happy.
John Lasseter talks about Rex - and his packaging! 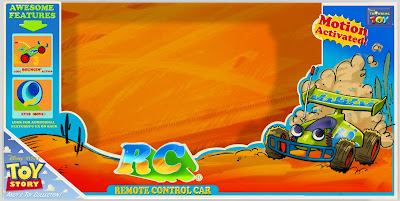 RC, the remote controlled race car, is supposed to be a toy from the 1980s, so his packaging reflects the graphic style and "awesome features" of the period. 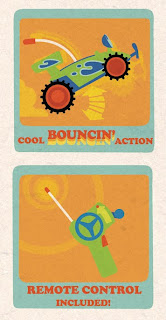 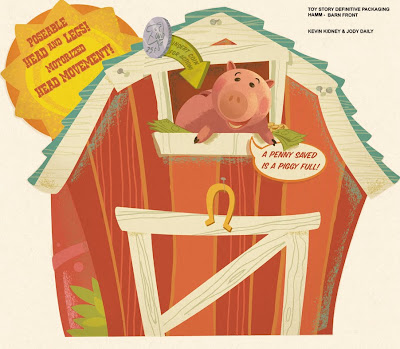 Our favorite was this "barn" for Hamm, the talking piggy bank.  In the Toy Story world, Hamm is a much older toy, so his packaging was even more "vintage" looking. 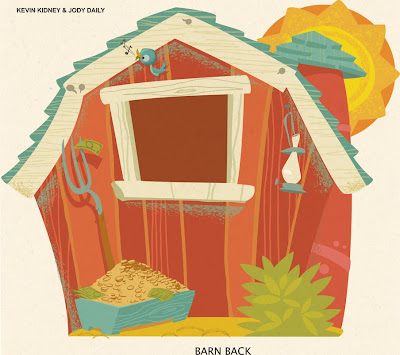 Every box has a "Try Me" button incorporated into its design, and getting this feature in the correct spot, without having the actual toy in front of us, was a challenge.

The series, except for Hamm, has been out for some time now.  We think all the "definitive" toys, made by Thinkway,  turned out super amazing, and it was a exciting for us to contribute something cool and lasting to the Toy Story milieu!

These are absolutely amazing. So inspiring and as always wonderfully designed!

Ditto Patrick! What fabulous work. I like the thought process you outlined as you made your decisions of what sort of look to go with. Very creative. :)
The Leaping Lamp

Very cool that John Lasseter actually mentions the great packaging in each video clip, he obviously was excited to be able to show viewers your great work.

I'm happy to see some Toy Story toys that actually look like the toys from the movie! I've seen some great Woody dolls, but it always bothered me that he always has some smirk on his face while in the movie he has a neutral expression when in 'play mode'. (I still hope someday they'll make one with the exact same face, but I shouldn't complain)
Great job on these packagings, the RC car one is my favorite!

Wonderful, wonderful packaging! Reminds me of the great packaging that would often accompany Spumco products (George Liquor dolls, etc). John Lasseter though? Eh, he may very well be a totally great person, but he always comes off as such a Mr. Know-It-All. Lol


is so fynny collection the toys i recomendation super wings toys

Great work keep it up.Get some unique boxes visit us .The Cosmetic Boxes is one of the top packaging company in Australia.Design your ownPillow Boxes Wholesale

Yesterday I get the package of my pillow box packaging uk that I ordered at The Cosmetic Boxes - UK. I got the exact product as I ordered. The quantity and quality both were up to the mark. Moreover, the presentation of packaging the pillow box packaging was amazing. I strongly recommend you to buy boxes from them if you require them. Do visit their site for complete descriptions of product boxes.

Awesome post! In fact, packaging becoming more necessary for life nowadays. Many people are coming with new ideas of packaging with wonderful designs. The fact is that to be good looking that’s now become necessary to have innovative packaging styles. The Cosmetic Boxes UK has been producing thousands of custom boxes with logo wholesale in the UK.

it nice idea .do you need toy packaging in wholesale?read more

Thanks for sharing this informative. If you like online football betting, make real money, bet on mobile phones You can play with our website that has the highest security, fun in every league, every thrilling fun game You can choose to play in any league as you want, including Bundesliga, Premier League, La Liga and many more.