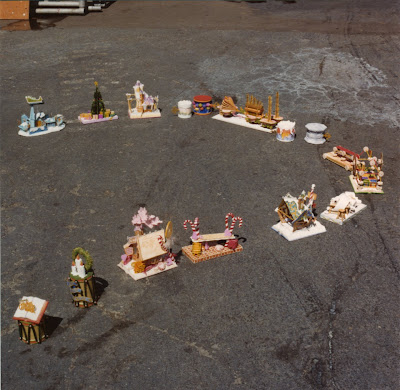 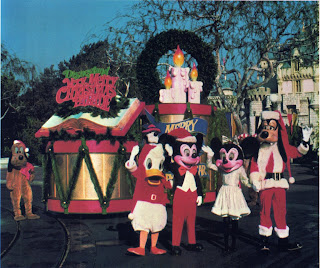 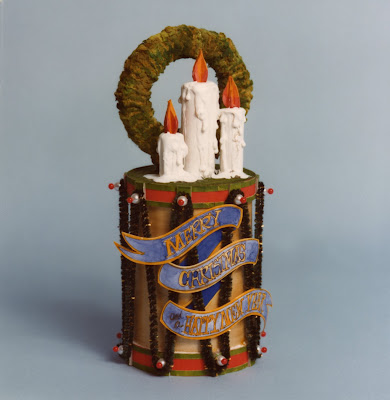 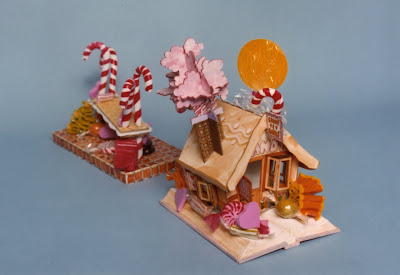 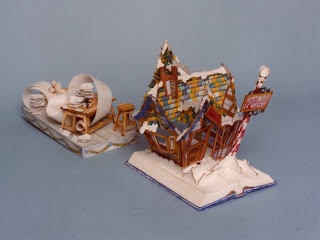 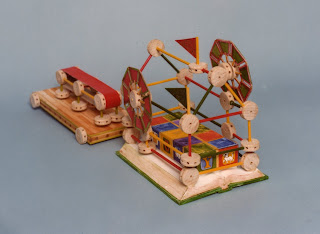 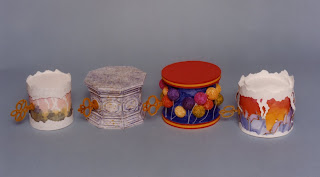 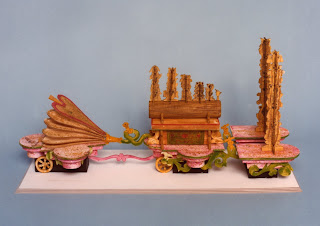 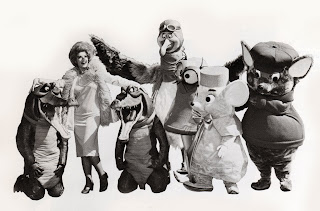 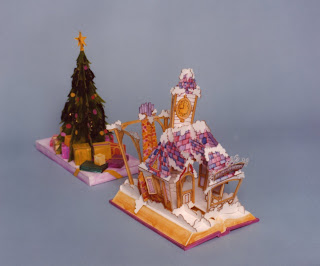 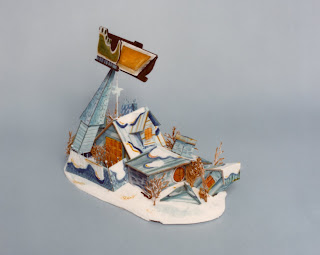 And finally, Santa!  Led by his team of reindeer, and surrounded by the famous Disneyland "Glock Girls" Santa wished everyone "a very merry Christmas" from his sleigh above a landscape of snowy rooftops!  If you'd like to see a GREAT BIG photograph of this very float in the final 1977 parade, check out "Disney on Parole's" fascinating blog here!
To all of you who follow this blog throughout the year, thanks!  I hope it's been as enjoyable for you, as it's been for me putting it together.  Here's wishing you a very merry 2009! And more merriment to come!
Posted by Kevin Kidney at 6:15 PM 10 comments: 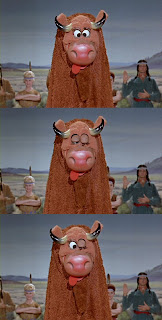 Those Silly Reindeer at Disneyland appear to have a not-too-distant cousin. This comical critter is yet another creation of Disney artist Bill Justice,  and appeared in the Golden Horseshoe Revue episode of Walt Disney's Wonderful World of Color in 1962.
On the show, the "Silly Buffalo" demonstrated the Buffalo Roundup, a four-legged eccentric square dance, with faux-Indian princess Annette! 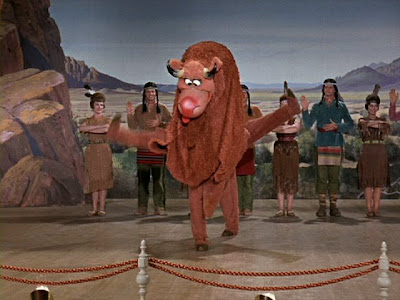 And if you think you can stand it, here's the clip, courtesy of YouTube...
Posted by Kevin Kidney at 2:46 AM 6 comments: 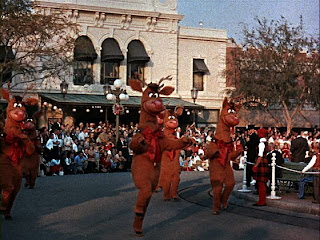 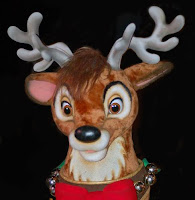 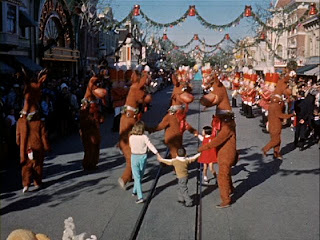 The Silly Reindeer were shouted out with glee in this 1966 issue of Jack and Jill Magazine. Click to Enlarge.
Posted by Kevin Kidney at 4:18 AM 14 comments:

Ghosts of Christmas Past 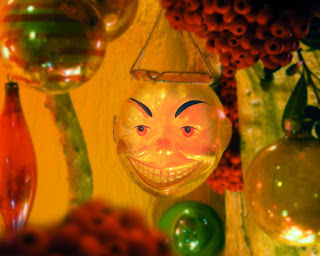 This year I spent several days in the small German town of Lauscha with my friend, American folk artist Debbee Thibault. Besides being incredibly quaint, with little structures that look like real-life gingerbread cookie houses, Lauscha is the birthplace of blown-glass Christmas ornaments.
Debbee has been collaborating with a small company there to produce an assortment of delicate hand-painted glass lanterns using original antique molds - some designs reaching back to Christmases in the 1840s.

My favorite is this delightfully maniacal antique clown.

Antique glass lanterns and ornaments by Debbee Thibault.
Posted by Kevin Kidney at 6:58 AM No comments:

December 15, 1963
Forty-five years ago, two movie-star-attractive people threw a wedding and invited everyone they knew. I wasn't there, but that's understandable because I hadn't met them yet. But someday when I get my time machine, I plan to show up and introduce myself.

Anyway, being married was a new concept for both of them back then, and now they're about as skilled at it as two people can get. The only mistake they've ever made was getting rid of that Thunderbird.
Happy Anniversary, Mom and Dad! I love you!
Posted by Kevin Kidney at 2:17 AM 9 comments: Speaking of priceless heirlooms and exquisite trash, it's Christmas at our house once again! Everything that bakes in the attic heat all summer is allowed a month-long recess in the living room. (Some sad news: those little candles shaped like choir kids didn't make it this year.)

The driftwood/lamp creation on the mantelpiece is a thrift store score, as is all of our furniture and, well, everything else we own. In keeping with the traditional "no room at the inn" theme, there's no room to walk or sit down in here. Vintage wrapping paper? You betcha, we use it, but only for our friends who really appreciate it, which is all of them...
Posted by Kevin Kidney at 1:35 AM 3 comments: In 1957, Disneyland guests could purchase a lavish full-color booklet as a souvenir of their visit to the Sleeping Beauty Castle walk-through dioramas.  Copies sold for a mere 25¢...

The cover art is not a background painting seen in the final animated film, but a concept from the early stages of production.

Inside, the book's panoramic centerfold spans four pages.
Posted by Kevin Kidney at 10:49 AM No comments: Eyvind Earle's exquisite cover painting for the 1957 Sleeping Beauty storybook published by Golden Press.
Posted by Kevin Kidney at 1:50 AM No comments: