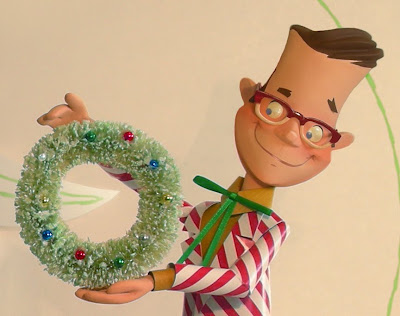 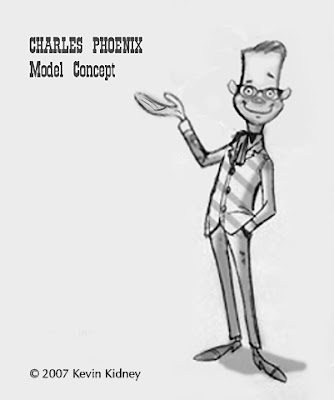 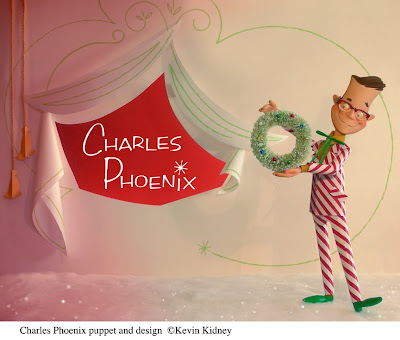 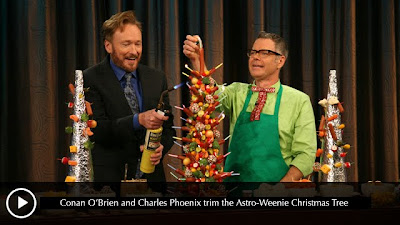 Click HERE and watch!
Posted by Kevin Kidney at 1:22 AM

That title card is one of my very favorite things you've done Kevin. It's such a great mix of dimensional and graphic elements, excellent color and lighting. It's a great example of how broad your talents really are- you don't just know one medium, you excel at many of them.

Everything Eric said! Love the Charles Phoenix shows, thanks for the Conan link!

Is it just me or is there a slight resemblance to Mr. Kidney in the Charles Phoenix puppet? Must be the smile!

Merry Christmas Kevin, I hope you and Jody have a great and creative year ahead!

Yes, Charles does "Histo-tainment" now, but he really wanted to be a dentist.

That is so classic...The look is perfect!

Absolutely a perfect capture of Charles. Great work, and what a tremendous showing of admiration!

AMAZING!
Charles was at the Tiki Oasis 10 extravaganza last year....have you ever been? It's a blast and seems right up yer ally....

Surprise your loved ones with a piece of stunning Jewellery as a gift on special occasions. Visit our store and explore the beautiful selection of chic, modern Jewellery and watches in a wide range of categories.
Best Offers on Jewellery