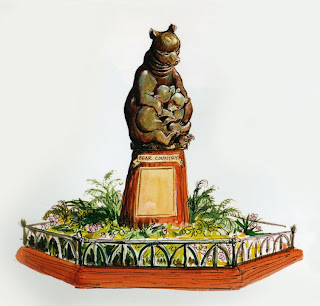 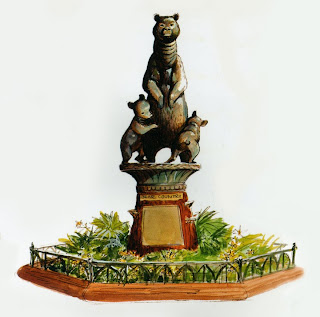 Neat! I particularly like the second statue, with the bear standing up.

Very nice.... I had never ever seen that artwork before.

Sitting here in my office I would gladly pay $0.90 to see the Country Bears *right now*.

You are spoiling us with these awesome Ticket Booth photos (and cool artwork)!

Thanks for the comments, you guys.

Awesome Ticket booth photo! That's one of the rarest booths of them all, since it came on the scene much latter than the rest. I remember this booth and the ticket booth in front of the Haunted Mansion (now a soda stand now, across front he churro stand).

None of the booths appear to be air conditioned, I bet those summers where fun! THANKS KEVIN!